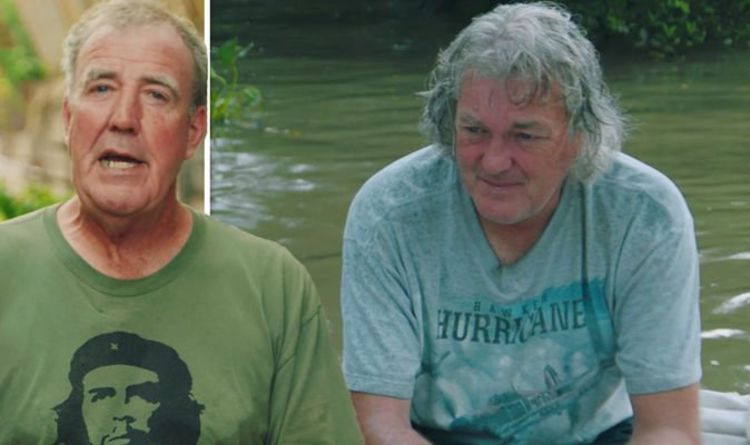 The Grand Tour is part-way through its fourth season, after the release of its first special, The Grand Tour Presents: Seamen. While the show has expanded its size and scale, so too has its budget. Although the budget is not common knowledge, the cast of the show discussed its budget in an unearthed video.

Jeremy Clarkson, Richard Hammond, and James May are usually pretty secretive about the show’s budget – as are Amazon Prime Video.

But during a video interview with GQ back in 2017, they touched upon the money being spent on the series.

After being asked a question about the show’s budget, the trio were then questioned about the supposed £160 million surrounding the show.

But Clarkson quickly hit back at the question, shrugging it off as incorrect.

“It doesn’t take a rocket scientist. There’s no Stig, there’s no track, there’s no dunsfold. What we wanted to protect was the films.”

But he went on to say: “It does get hilarious. You’ve got these meetings where it’s like: ‘Can James May still say c**k or is the BBC going to sue?’

“James is then saying: ‘I’ve always said c**k!’ It’s win-win, as if we get sued for James saying c**k that’ll be brilliant. They got funnier and funnier.”

To ensure the show is not at risk of becoming involved in any legal issues, Andy concluded: “The lawyers go through everything.”