The Greatest Dancer: Viewers hit out as ‘loud’ music distracts... 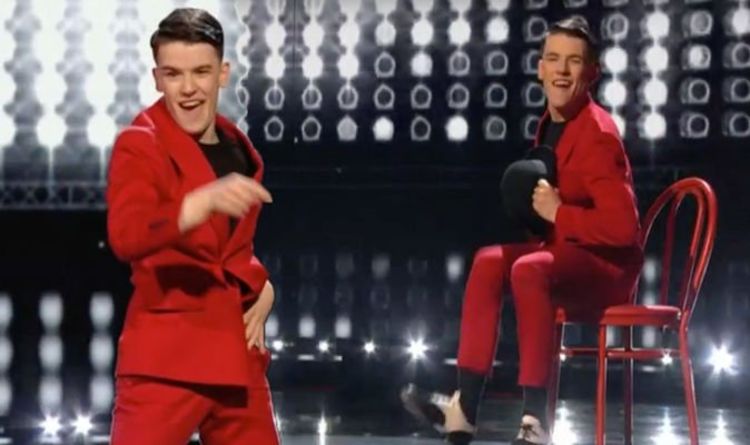 The Greatest Dancer is nearing its end as there are just two weeks to go until the series finale where one will be crowned the winner of the show’s second series. However, something got viewers annoyed this evening as they felt let down by contestant Harrison’s performance as they claimed they were not able to hear it properly.

Tonight, Matthew Morrison’s act Harrison was first up to dance as he was told he would be doing a tap dance-inspired performance this weekend.

The contestant expressed his nerves about the style he was given as he confessed he gave up tap dancing when he was 10 years old.

Luckily, it didn’t seem to put him off as he came out to perform a spectacular routine which even saw him performing some challenging backflips.

However, something else got viewers talking on Twitter as they were left disappointed by one element of his performance.

“#TheGreatestDancer Harrison is my winner idc that I say that every week, that was INSANE. I am PROUD,” added a third.

“Loved Harrison doing tap dancing, my fave dance that he’s done in the live shows so far  #TheGreatestDancer,” commented another.

As the coaches gave their feedback, Cheryl told him: “Harrison, you left me in a state where I didn’t know whether to laugh or cry.

“Laugh at how beautifully you took on that challenge or cry at how Matthew had you doing backhand springs into a fling.

“I was… It was an emotional rollercoaster.  For you to come out here tonight for a trait which is not what you’re known for and do it like that, I’ve really got to hand it to you Harrison, that was absolutely fantastic! I’m like gobsmacked.”