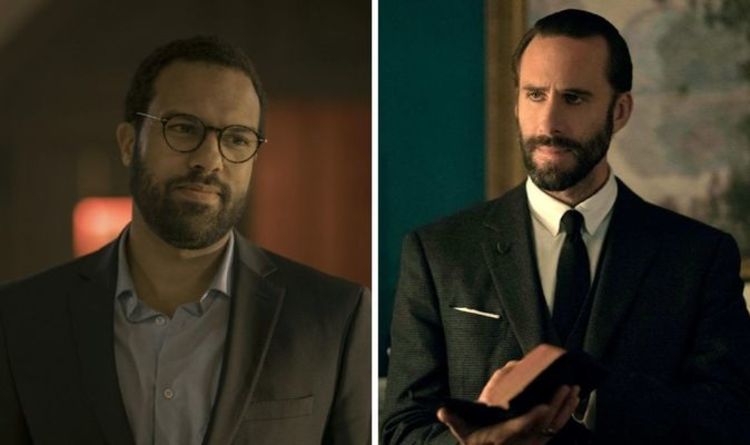 Based on Margaret Atwood’s original novel, The Handmaid’s Tale is the critically acclaimed journey of Handmaid June (played by Elisabeth Moss) and her rebellion against the oppressive state of Gilead.

Although she lands in hot water after being placed with the unpredictable Commander Lawrence (Bradley Whitford), she uses her new position to her advantage.

However, Commander Waterford is still desperate to regain control, and the cast have teased even more tragedy to come when the series finally returns.

O-T Fagbenle’s performance as June’s husband Luke has been celebrated as one of the most heartfelt aspects of the show’s bleak dystopia.

Currently separated from his wife in Canada, Luke is expected to continue his fight from behind-the-scenes in season four and eventually reunite with his imprisoned partner.

In a recent interview with Gold Derby, O-T revealed some of the biggest acting challenges from the third season, including Luke and Commander Waterford’s brief physical altercation.

The Handmaid’s Tale star explained why he felt punching Waterford in the face in season three didn’t fit with his overall portrayal of Luke in the series.

He explained: “It’s another part of my personal keys to Luke, which is that Luke isn’t that much of a physical guy.

“He’s part of this ‘modern man’ who wears a cardigan and reads newspapers… you know, he’s a metro guy!”

Flashbacks in the series expand Luke’s role from the original novel and establishes him as a modern male feminist, though he is not without his flaws.

Finally, O-T added: “I’m keen to keep to that; as much as I as an actor feel cool doing that, I kind of feel that’s not what’s true to Luke as a person.”