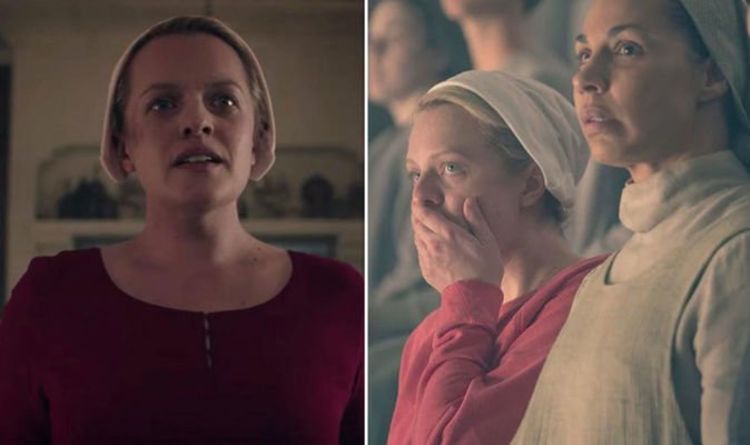 During the christening ceremony, Lillie Fuller, known as Ofglen II walked into the building, and revealed to the other Handmaids that she had a suicide bomb.

One of the handmaids named dead was Odette Johnson announced as one of the dead by Rachel Tapping (Krista Morin).

However, one Reddit user appears to have found proof she is still alive.

They began: “So Odette was one of the handmaids that was killed in the bombing?

“Yet she is in the photo album of the long dead, inexplicably joined with a photo of them alive yet with no names next to them. PLUS was she ever mentioned before?”

The Handmaid’s Tale season three is now available to stream on Hulu.