The hidden sign of lung cancer in the way you... 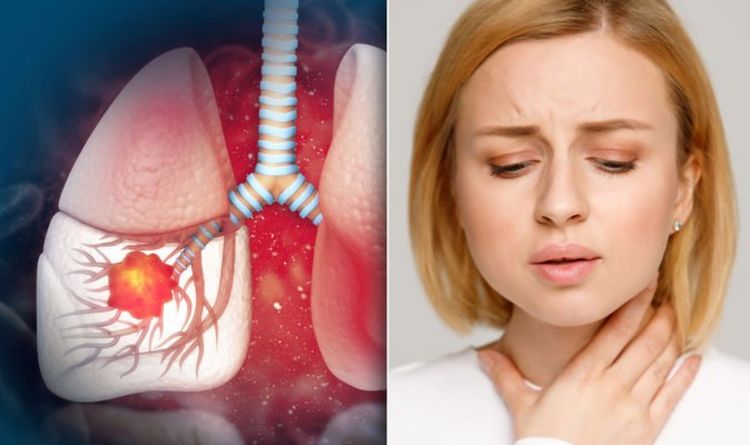 One of the key symptoms of lung cancer is developing a hoarse voice.

“Most people with lung cancer do not experience symptoms until the disease has spread,” said the medical website.

“Some people experience subtle symptoms of early stage lung cancer, but these symptoms more often stem from other health issues or factors such as smoking.

“A person with lung cancer or another respiratory disease may develop a hoarse, raspy voice.

“This can happen if a tumor presses on the laryngeal nerve, which is located within the chest. When the nerve is compressed, it can paralyze a vocal cord, causing the voice to change.”

But just because you develop a hoarse throat, it doesn’t necessarily mean that you have lung cancer.

The symptom may also be caused by an infection, a build-up of stomach acid, or even polyps on the vocal cords.

Hoarseness is only rarely caused by a lung tumour – and even then, it may be non-cancerous.

Even still, you should consider speaking to a doctor if your hoarseness won’t go away after a few weeks.

Lung cancer symptoms include a cough that won’t go away, coughing up blood, difficulty breathing, and having an ache or pain while breathing.

The outlook for lung cancer isn’t as good as other types of cancer, as the symptoms are usually only spotted in its later stages.

About one in three patients live for at least a year after their diagnosis, while one in 20 live for another 10 years.