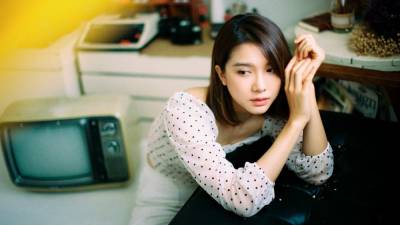 SHORTLY after being crowned Miss Astro Chinese International 2016, local actress Serene Lim made her acting debut when Ola Bola director Chiu Keng Guan scouted her for his 2018 movie Think Big Big, a film about a plus-size girl who dreams of becoming an astronaut.

In May, Lim’s contract with TVB came to an end, and she is now seeking to grow her career back in Malaysia.

“It was a good self-exploration journey, I’ve learnt to become more independent and appreciative of the support from my family, close friends and my fans. Even when I thought I wasn’t good enough, they showed me the love and support that I needed at that moment,” she shared.

“Moving forward, I’d still focus on acting, while improving myself by picking up new skills. I think the local artistes and film productions deserve much more attention, credit and respect for their work.”

Lim has already taken her first steps towards her new goal, with a role in last year’s critically-acclaimed The Garden of Evening Mists. The film garnered nine nominations and one award at the 56th Golden Horse Awards.

It has been four years since you won Miss Astro Chinese International 2016. How do you think you’ve grown over the years?

“Well, how time flies! I didn’t even realise that it has been that long until you mentioned it. Over the years, I have learnt to understand myself better, but there is still room for exploration.

“Loving yourself is a tool for survival in adulthood, which [is not taught by] most of our Asian parents and education systems. I’ve learnt to take better care of myself, and embrace my flaws with less self-criticism.

“I have strived for perfection since I was young. I’ve learnt the importance of enjoying the progress to be much more significant than achieving results, be it in one’s personal life or professional career. However, it’s easier said than done, as it requires time and mental strength to go through it.”

Do you think you’ve remained true to yourself from the very beginning?

“Honestly speaking, it was quite a difficult journey at the beginning, because being a pageant queen was not my ambition, although I used to watch the show with my siblings when I was still a kid. I never thought of joining the entertainment scene either, but I’m beyond grateful for everything that has happened.

“My real intention in joining the beauty pageant was just to win the prize, so that I could pay for my own tuition fees without depending on my parents. I vividly remember breaking down multiple times during the first week of the pageant, because I was so nervous each time I had to speak in front of the camera; I kept thinking of quitting.

“Without all these experiences, I wouldn’t [have discovered] the part of me that enjoys acting.”

You have had a rapid rise in your caerer. Has it always been your dream to become an actress?

“It was never my dream to become an actress, though I did participate in a lot of public speaking and singing contests when I was in primary school.

“I think I lost all my confidence and courage after I was cyberbullied via text messages when I was in secondary school. These painful memories and experiences shaped me into who I am today.

“I’m not saying that I’ve become the best version of myself, but I can definitely see a better version of my old self, more forgiving and compassionate.

“The thing that I like about acting is doing the preparation work for a certain role. Each role requires a different kind of homework and research, and I always get to learn something new from there.

“For example, I got to study about Japanese gardens and art when I played the character Yun Hong in The Garden of Evening Mists. I also learnt the proper pronunciation of Cantonese slang when I was working in Hong Kong.”

“In the beginning, I just wanted to share my artworks to express certain feelings, or illustrate stories that have inspired me. In fact, the page was suggested by my friends who saw the potential in me. I’m also very surprised by the feedback from the audience.

“Oftentimes, people would tell me that they could feel the emotions through my art. So I decided to do an open submission for people to share their stories, grievances or anything else to let their voices be heard. Those stories have inspired me to create more artwork in the future.

“All we need is a listener, and by writing down your feelings, in a way, you’re able to release the distress that has been building up, and it helps you to be conscious, creating a clearer headspace.

“Focus on being in the moment instead of running away from problems or cluttered thoughts.

“I’m grateful for those who have messaged me and put their trust in me.”

What’s one piece of advice you were given that has motivated you to this day?

“Stop doubting yourself. It’s alright to evaluate our own work, but sometimes we can be a little harsh on ourselves. We should not stop improving, and never rush to see the results because growth takes time.

“So take your time to enjoy the progress, no matter what career you choose to pursue, remember to always stay grounded.”

Elaine Loo designs contemporary, bold and colourful pieces, whether it be a pair of earrings, phone case, clock, key chain or piece of home...
Read more