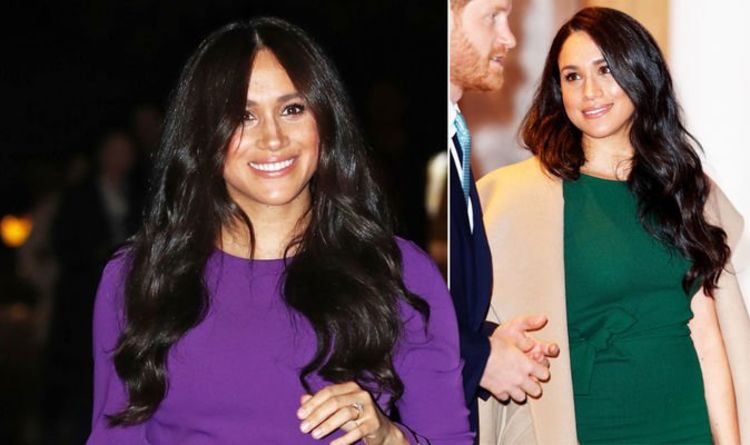 Meghan Markle’s hair is one of her best accessories. The former-actress is a fan of wearing her long hair in a bun at many events, recently opting for a 60s style with volume at the crown.

Permanent hair straightening is not cheap and has to be regularly as hair at the crown will grow its is natural texture.

At London salon Errol Douglas a relaxer or texturiser treatment by the Head of Afro styling will cost £80. To maintain this for a year have a treatment at the recommended every three month rate would cost £320.

She told Express.co.uk: “One of the most defining factors of Meghan Markle’s look is her sleek and shiny hair. It’s always well looked after and effortlessly groomed, never with a hair out of place.

“Though Meghan tends to stick to the classic styles – either down and straight, down and curly or pinned back in a sleek, low ponytail or bun – her consistently pristine hair is thanks to how she (or her team of hair stylists) maintains it.

“With regular treatments to repair split ends, keep hair hydrated and give it a natural, healthy glow, Meghan clearly looks after her hair.

“Though it’s recommended for long hair to be trimmed every 12 weeks, we wouldn’t be surprised if the Duchess’ hair is cut every six to eight weeks to avoid breakage and split ends.

“As her hair is constantly blow-dried and styled for engagements, she probably has deep treatments like an overnight hair masque or oil to restore its condition.