The king of commercials 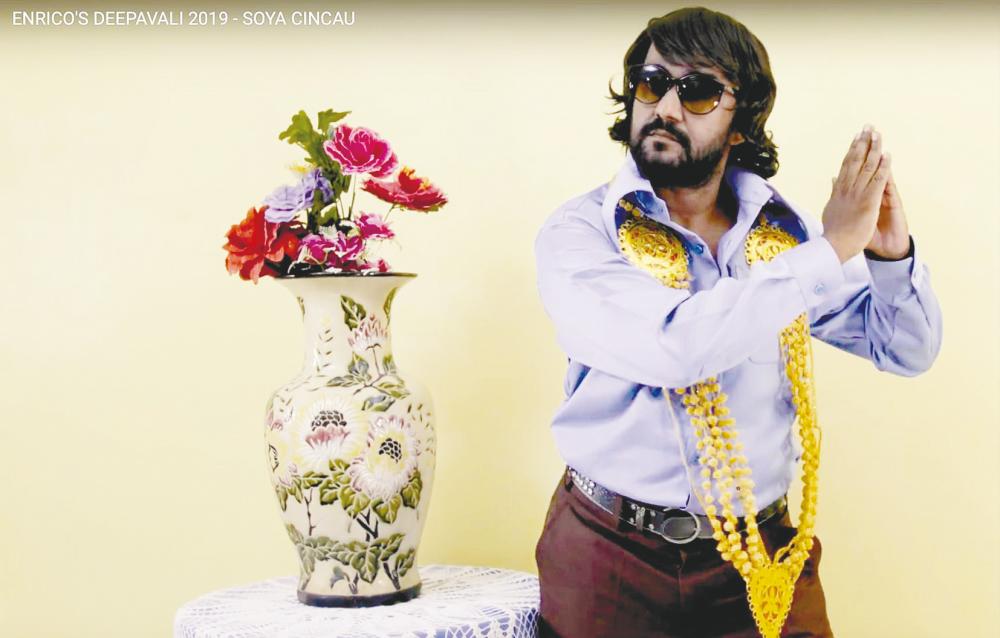 MALAYSIAN actor K. Prakash takes his job seriously, and will go to any lengths to make his roles believable.

He recently completed shooting his latest TV drama Karappu where he plays a blind man who works as a masseur. He took the trouble to meet with some blind individuals, and even learnt the art of massage. The drama will be aired at the end of the year.

“I have always wanted to be an actor since young,” says 44-year-old Prakash, who has been in the entertainment industry for the past 24 years.

His journey to becoming an actor started when his father M. Krishna, a badminton coach, would take him to see movies when he was a child. The magic he saw on the big screen impressed him so much that he wanted to be an entertainer himself.

However, his parents initially did not support his dream to be an actor. Prakash does not blame his parents, because he understands that they wanted him to have a secure future.

That was why he studied to be an accountant. But he did not forget his dream to be an entertainer.

“I was still pursuing my dream on the sidelines,” he said.

Eventually, he enrolled himself in a theatre company.

“I thought I would be acting,” he says. “But I was wrong. I became their errand boy. I was carrying stuff. I was buying food for the actors. I was doing everything except acting.”

He could have easily given up on his dream and taken on a nine-to-five job. But he decided to persevere. Finally he was given the chance to act on stage. He even started a comedy group called 3 Murthi.

In time, he was able to land jobs hosting Tamil TV shows and acting in Tamil movies and TV dramas. He has also appeared in Malay films such as Dukun and Kolumpo, and even acted in the 2016 Indonesian comedy film My Stupid Boss and its sequel last year.

He says: “I have been stereotyped in the entertainment industry. I started my career playing comedy roles, therefore people assume I can only act in comedy roles. I want to change this perception. I want to show that I am a versatile actor. I can play serious roles too.”

He is also a familiar face in the advertising world. To date, he has acted in more than 1,000 advertisments for many well-known brands such as Maxis, Hotlink, Wonder Coffee, Tiger Beer, Indocafe and more, leading some to refer to him as “the king of commercials”.

“I do not take titles seriously,” he says.

“Nothing is permanent in the entertainment industry. One day, you are the ‘king of commercials’, and the next day, someone comes along and takes away the title from you.”

Recently he has also encouraged his wife Kamala Devi Krishnan and his two children – 14-year-old son Louvinesh and eight-year-old daughter Villashene – into starring in advertisements as well.

“There are so few Malaysian Indians involved in the advertising world and I would like to see more Indians on the [scene],” he says.

When asked what advice he would give to those entering the industry, he says: “You must not be afraid to attend auditions and casting. The director uses the casting and audition [process] to shape you into the character they want. Casting also helped me to sharpen my acting skills.”

“I love Jim Carrey’s expressions, I am always studying his expressions and have used them in my performances.

“As for Vijay Sethupathi, we share something in common. Both of us [came from the] financial industry and we pursued acting. I love the way he selects his roles wisely. He tries to be versatile.”

When asked about his future plans, Prakash says: “I would love to be a trainer. I want to train a new generation of Indian actors especially for commercials.”