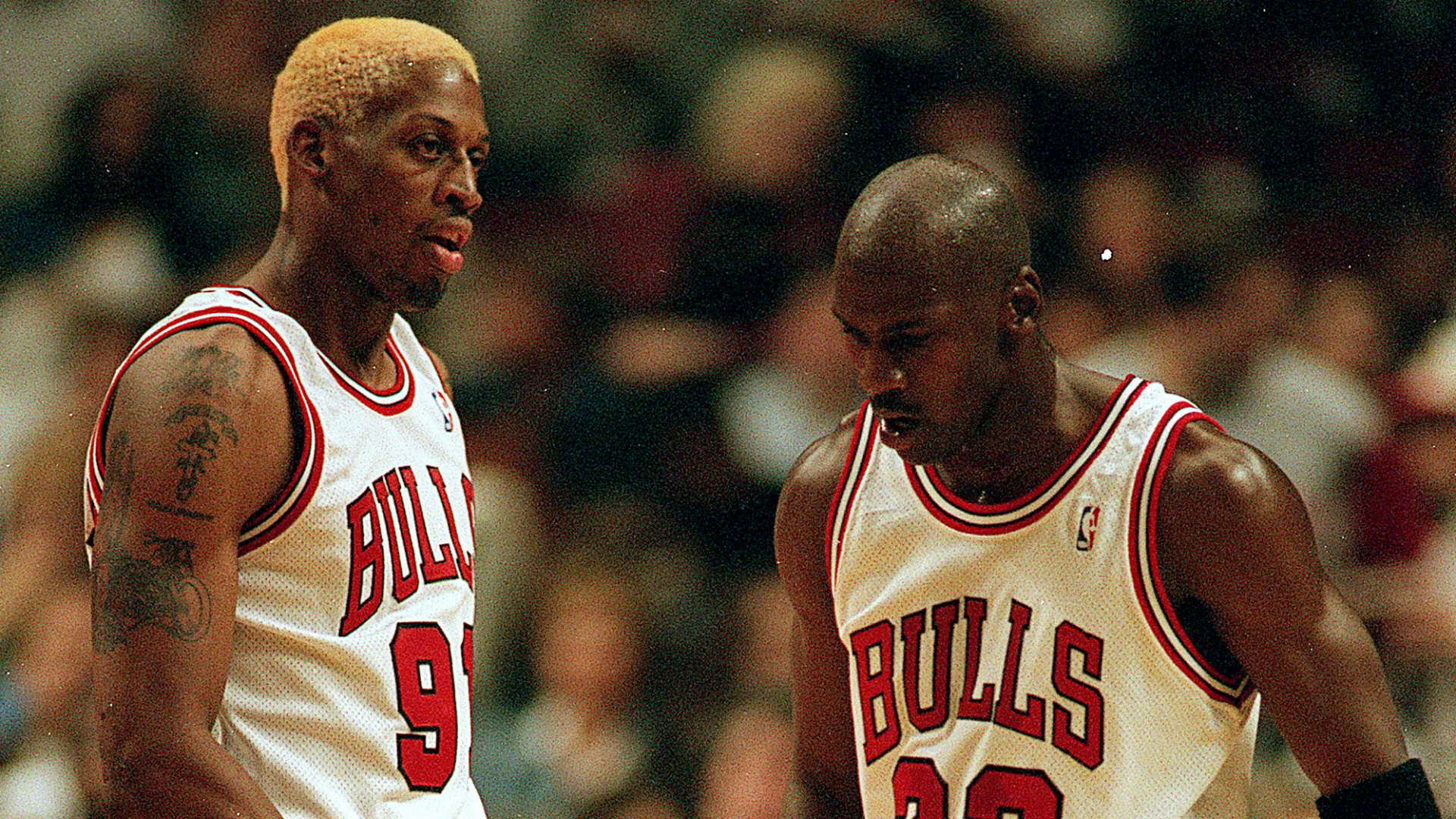 Over six million people tuned in to watch the premiere of “The Last Dance,” the ESPN documentary about Michael Jordan and the ’90s Bulls. The first two episodes covered the upbringing of Jordan and Scottie Pippen, and introduced the rift those players had with GM Jerry Krause.

Episodes three and four bring the focus to Dennis Rodman, Phil Jackson and the Bulls having to get through the Detroit “Bad Boys” Pistons. Reaction from the documentary has flooded Twitter like it’s one of the biggest sporting events of the year.

Here are the best Twitter reactions to episodes three and four of “The Last Dance.”

Dennis Rodman said he wanted to go out there a get his nose broke ! ? How you want that ? ?

Dennis Rodman was the best glue guy in the history of basketball.

The most messed up thing about Dennis Rodman is with everything he accomplished in his life, I don’t think he ever found his peace.

A locked in Dennis Rodman is a scary sight. ???

Rodman was who Patrick Beverly thinks he is on defense

“i’ll play the game for free but get paid for the bullshit.”

Dennis Rodman breaking down his rebounding technique was awesome. Players could learn a lot from watching and listening to him. Rodman had an elite blend of athleticism, anticipation, awareness and attitude.

Dennis Rodman is one of the first black men I remember seeing rock an alternative style unapologetically.

If he was in the NBA today I feel like he’d have a million dollar cosmetic and/or fashion line. A style legend! #TheLastDance pic.twitter.com/ucvhuEyLjv

Jordan was getting damn near clotheslined and wasn’t complaining to the refs. Just wiping the blood off his lip and checking the ball up. Bro was built different.

Jordan is hands down one of the best S*** talkers in all sports history?

“As soon as he steps in the paint, hit him”

“This is the Jordan Rule – every time he comes to the basket, put him on the ground.”

“How bad do you want it? Are you willing to be hit to score a basket?”

So Jordan still did the amazing he did with the physicality of the game at that time and hand-checking… I could only imagine how Jordan would play in his prime in the freeness of today’s dramatically less physical NBA with no hand-checking.

Michael Jordan on the Pistons: “I hated them. And the hate carries to this day.”

in ’05, ron artest told the pacers he needed a vacation. was the craziest thing i’d ever heard. i’d forgotten rodman actually got the bulls to let him go on vacation. #thelastdance

Every team in every sport got a player with Dennis Rodman mentality. They just don’t have his talent , intangibles and Phil Jackson as the coach ? #TheLastDance

Yoooo Mike really pulled up to Vegas and got Rodman out of bed for practice in Chicago ?

No helmet. Drinking a beer. Driving a motorcycle. Police escort.

Phil was different. The best.

Okay, finding tape of Phil Jackson coaching in Puerto Rico is next level.

Phil Jackson is the real MVP!!!

Attention coaches: Players come with all types of psychological and mental make ups.

The great coaches understand they must adapt to their players. Don’t force your players to adapt to you. #TheLastDance

MJ got jacked after losing to the Pistons

The Pistons fucked up Michael Jordan so bad that MJ put on 15 pounds specifically because of them. The Bad Boys were cool man.

Michael Jordan: “When Pippen didn’t respond to that abuse, there was nothing they could do to beat us then.”
John Salley: “Scottie was unshakeable. Didn’t even want a band aid. When we saw that, it was over.”

Michael Jordan on Isiah Thomas: “You can show me anything you want. There’s no way you’re not going to convince me he wasn’t an asshole.”

It took a few tries, but Jordan took down the Bad Boys and never looked back

MJ is still mad at Isiah and the Pistons, not only because of the poor sportsmanship, but also because that’s the only team that got over on him over and over again. He is def still mad about that. Truly is like his only blemish. Isiah and Pistons 87 to 91 run def needs more love

The disdain MJ still has for the Pistons & Isaiah Thomas makes me love him even more.

I understand Isiah is a big part of the MJ story. But I’m surprised MJ didn’t keep him off the doc like he kept him off the Dream Team.

Between that Horace soundbite, MJ on Isiah AND video of the Jerry Krause dance, that might’ve been the best five minutes in the history of any sports doc.