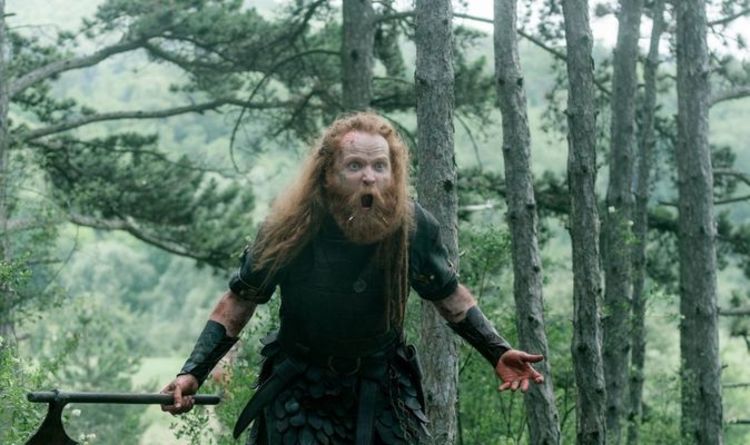 What time is The Last Kingdom out on Netflix?

The entire series will be released on the streaming platform at midnight on Sunday as this is where Netflix’s headquarters are based. (just add where Netflix is based)

Due to the time difference, The Last Kingdom will premiere at different times across the globe.

UK fans of the historical drama series will be able to stream and download The Last Kingdom from 8.01am BST.

READ MORE The Last Kingdom season 3 recap: What happened in the last series?

What will happen in The Last Kingdom season 4?

The fourth series of The Last Kingdom will pick up form the cliffhanger ending of season three.

Uhtred (played by Alexander Dreymon) was forced to flee Wessex to the North with his brother Ragnar (Tobias Santelmann) after accidentally killing a holy man in the presence of King Alfred (David Dawson).

There was also the shocking death of one of the show’s major character’s Ragnar. He was killed by Alfred’s nephew Aethelwold (Harry McEntire).

The synopsis for the fourth series reads: “After the death of Alfred, the alliances between the kingdoms are fractured.

“ Uhtred believes the timing is right to challenge his uncle Aelfric (Joseph Millson) and take back his ancestral home, Bebbanburg.

“However fate shifts in a different direction, leading Uhtred to realise that his destiny is tied to Alfred’s dream of a united land.

“This, and Uhtred’s feelings for Aethelflaed (Millie Brady), drive him back into the politics that threaten to break out into war.”

DON’T MISS…
Vikings: Is Floki God of Mischief Loki? Alexander Ludwig drops hint
Vikings season 6: Who is Othere? Is Othere based on a real person?
Vikings: How did the Vikings honour their dead?

Who is in the cast of The Last Kingdom season 4?

The main cast of The Last Kingdom is back for season four of the historical drama series.

Alexander Dreymon is back as Uhtred Ragnarsson and Ian Hart returns as Father Beocca.

Toby Regbo has reprised his role as Aethelred alongside Emily Cox as Brida, Timonthy Innes as King Edward and Eliza Butterworth as Aelswith.

Mark Rowley is back as Finan and is joined by Millie Brady as Aethelflaed, Magnus Bruun as Cnut, Jeppe Beck Laursen as Haesten and Joseph Milson as Aelfric.

There are also some new faces in the fourth series of The Last Kingdom.

The Last Kingdom will premiere on Sunday, April 26 on Netflix