The Lighthouse review: A psychological rollercoaster which wrong-foots you the... 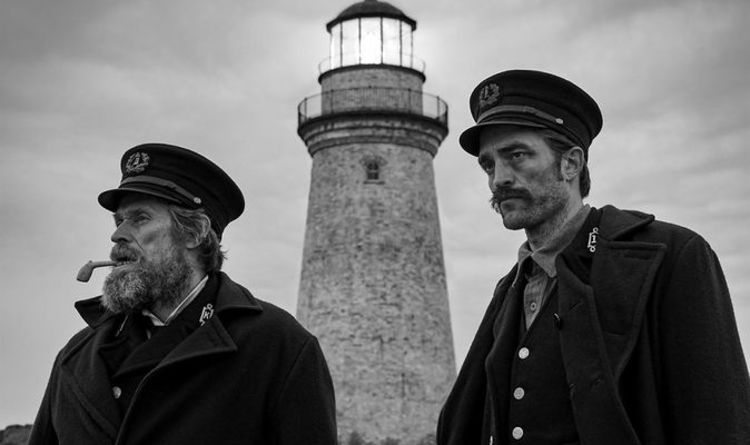 The Lighthouse is the latest film starring Robert Pattinson and Willem Dafoe. Directed by Robert Eggers, who made 2015 horror The Witch, The Lighthouse follows two men working in a lighthouse. Naturally, things do not stay quite as simple as that.

Self-confessed “wicky” Thomas Wake (Willem Dafoe), who runs the lighthouse, arrives at a Maine lighthouse in the 1890s, along with a mysterious rookie keeper, played by Robert Pattinson.

Other than the main premise, it is rather difficult to describe what happens next, as every twist and turn of this film is filled with confusion and spoilers.

Wake seems fairly jovial, asking his colleague to drink with him, promising not to report him for minor infractions as he enjoys recalling his days at sea, and how he “got his leg.”

His keeper friend, Ephraim Winslow (Pattinson) does not seem too impressed at first, keeping away from liquor as he fixates on why he is not permitted to tend to the light in the lighthouse, as he is instead forced to perform menial tasks.

While this may be a two-hander for the most part, the lighthouse and the rocks itself take on a grim, dreary character as they dominate and oppress their keepers with endless storms, rickety foundations and the glorious, ethereal light.

Leave two men on an island together, and things will likely become fraught very quickly – and this film takes that to a whole new level.

While tension rises and the pair start to question their presence on the rocks – and how long they have even been there – things take a turn for the bonkers in the best way possible.

Eggers’ decision to shoot in black and white, in an old Movietone 1:19 to 1 ratio is a stroke of genius; in no way a gimmick, but a device which adds further oppression to the pair’s already weighted shoulders.

Composer Mark Korven’s contribution is also absolutely faultless, with stabs of music constantly wrong-footing the viewers, leaving them unsure of when the next shock will come.

And this film is full of shocks: the narrative is ever-twisting and turning in ways which are difficult to second-guess, as the mental states of the men seemingly deteriorate as they remain on “that rock.”

Dafoe’s performance is perfect as an inconsistent man whose moods and stories seem to change as regularly as the weather vane on top of the lighthouse.

He is both completely plain and open while also being a confusing figure, with the audience left wondering what his motives really are, and whether he is hiding something from us.

Meanwhile Pattinson is moody, brooding and full of anger at his situation, making him ideal fodder with whom an audience can sympathise.

But as the movie progresses, viewers become unsure of whether what he perceives is even real at all, leaving you questioning at every turn.

This film is best enjoyed with as little information as possible so you will find no spoilers here, but one thing to be said is this is not an easy watch at all.

There are moments of violence, surrealism and tension which leave you guessing throughout – and a large helping of farts a la Thomas Wake.

The Lighthouse is out in cinemas now