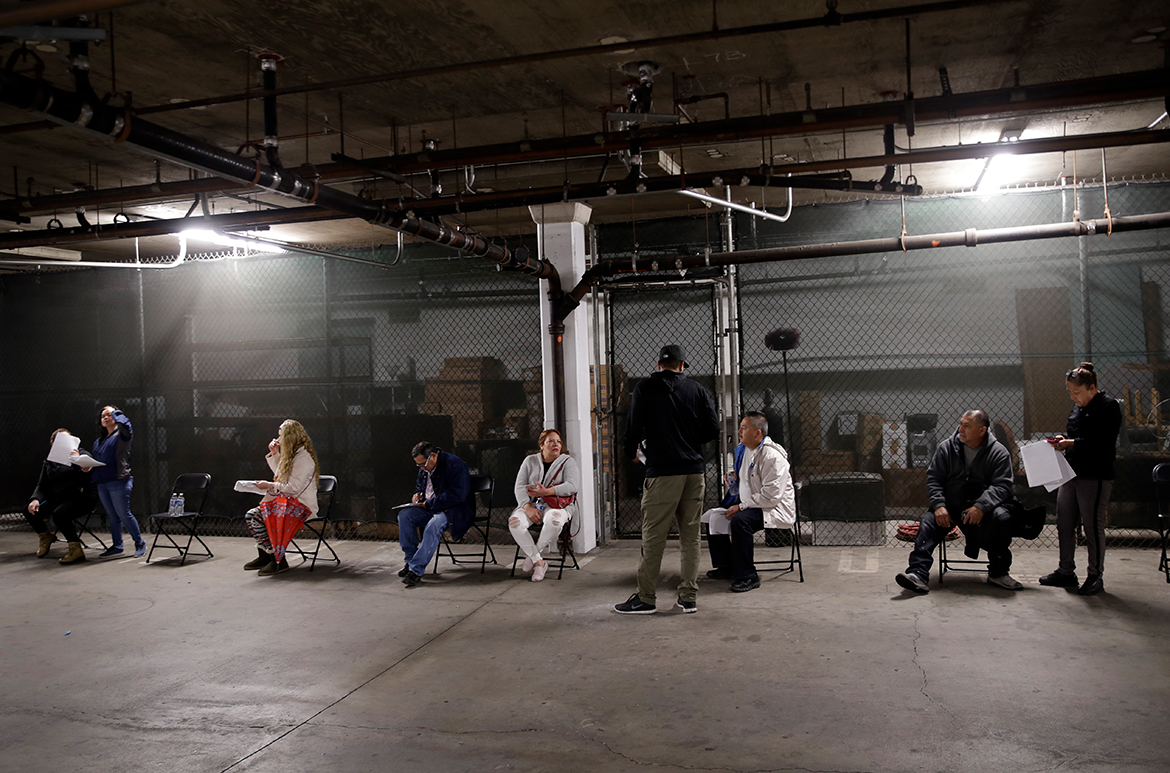 In Michigan, the state unemployment filing system crashed this week because it was overloaded. In California, it may take much longer than usual for hundreds of thousands of jobless people to get their benefits. In New York, one laid-off worker says she called the state labor department 800 times before getting through.

As previously unimaginable layoff numbers pile up across the country, the state-by-state systems for getting benefits into the hands of people who lost their jobs are stressed, inefficient and not sending money quickly enough to the people who most need it. And it may only get worse: The weekly unemployment figures that will be reported Thursday are expected to climb higher than last week’s record-shattering totals, thrusting more people into already overwhelmed systems.

In the wake of the largest economic rescue in American history, individual workers needing to pay their rent, food bills and utilities after being laid off have encountered more obstacles to getting help. The record numbers of unemployment claims have revealed a system that has long been neglected, and wasn’t ready for Great Depression levels of unemployment need.

“If you neglect the unemployment insurance system for years, it won’t be there for you when you need it,” said Martha Gimbel, a labor economist at the philanthropic group Schmidt Futures, who previously worked for Indeed.com. “States have not received the funding they needed to modernize their systems, and people are experiencing the impacts of that right now as they’re desperately trying to file.”

More companies are also continuing to lay off more workers as a growing number of states issue shelter-in-place orders and consumers curb spending even further. And an ever-larger percentage of gig-economy workers and other independent contractors who did not previously qualify for unemployment benefits — but who now should be covered under the CARES Act — are also clamoring for help under new rules that states themselves are just learning to decipher.

“The labor market just got upended in a matter of three weeks,” said Heidi Shierholz, a senior economist and director of policy at the left-leaning Economic Policy Institute. “We’re in completely new territory.”

Economists widely expect the numbers to worsen in the Department of Labor’s next set of jobless claims data for the week ending March 28, which will be released Thursday morning. Morgan Stanley economists say they expect an estimated 4.45 million in new weekly claims, while Goldman Sachs analysts forecast a staggering 5.5 million.

Last week’s headline number of 3.28 million claims — itself a more than 1,000 percent increase — is also expected to be revised upward, in part because of stark discrepancies between data that states reported at the ground level and what the Department of Labor recorded.

In California, for example, the tally of unemployment claims U.S. Department of Labor recorded in the state last week — 186,809 claims processed the week ending March 21 — was far lower than the more than 740,000 new applications Gov. Gavin Newsom cited for roughly the same period.

As the state continues to wade through the crush of filings, its official totals will only continue to soar. Newsom on Tuesday said a record 150,000-plus Californians had filed unemployment claims on Monday, bringing the total to 1.6 million since businesses began shutting down in mid-March.

“We all recognize we’re going to have to do more to meet this moment for employees and employers,” he said.

Among the most common problems workers are facing is an inability to get through on state offices’ overloaded systems. Those filing online have said they’re waking up early or staying up late to try to access the system outside of peak hours; the New Jersey Department of Labor, for example, is asking applicants to try to get through before 7 a.m. and after 10 p.m., when traffic is lightest.

Others who have to reach a live official by phone for any number of reasons — because they have a more complicated work history, say — recount days spent trying to dial in. For Tanesha Warren, who worked at an airline lounge and a rehearsal studio in New York City until both shut down in March, it took nearly a week and more than 800 calls to the New York State Department of Labor to be able to file a claim.

“When you call, it just says, ‘the line you’ve reached is busy.’ Boom,” Warren told POLITICO. “There’s literally nothing you can do.”

Some systems have simply crashed entirely at times, as Michigan’s did on Tuesday morning. In New Jersey, too, the state labor department has experienced intermittent slowdowns and outages. But there is “no evidence” anyone has been unable to file, spokesperson Angela Delli Santi said, adding that the department has added capacity and has staff working overtime.

Other states say they’ve had no reported outages — including California, where spokesperson Aubrey Henry said the state had temporarily reassigned hundreds of employees to unemployment claims processing and had people working nights and weekends to handle the applications. But even there, the state’s nonpartisan Legislative Analyst’s Office is warning that delayed benefit payments are likely.

Normally a worker would expect to receive the first week of benefits within 21 days of filing a claim with the state, analysts wrote in a brief issued last week and updated Monday. But given the “extraordinary number of applications received recently” and the likelihood the volume will continue to grow, they said, “the Legislature should anticipate that the first week of benefit payments will take much longer than 21 days.”

Economists also note that there are also huge numbers of workers who still don’t qualify for unemployment benefits even under the expanded program, and who thus will not be among those filing for claims. That includes people who voluntarily have left the workforce for any reason — and perhaps, for example, because they have to care for a sick family member, a child home from school, or because they are sick themselves from the coronavirus.

But there are many others who are newly eligible for aid under the rules laid out in the CARES act, which vastly expanded who can qualify. The new law adds independent contractors, including freelancers and gig-economy workers, into the mix for the first time.

Confusion abounds, however, about what that means at the individual level. States are still working to stand up new systems and sets of guidelines for contractors and others who file different tax forms and generally have more complex employment histories than traditional full-time employees.

Marlene Katz, a casting director in Los Angeles, qualifies as an independent contractor who should be newly covered under the CARES Act. She tried to file an unemployment claim online when she learned she was eligible — but the state’s website, she said, has yet to be updated to accommodate the new law.

“All you can do is talk to someone in the employment office, but … it’s a lost cause,” Katz said. “You’ll never get through.”