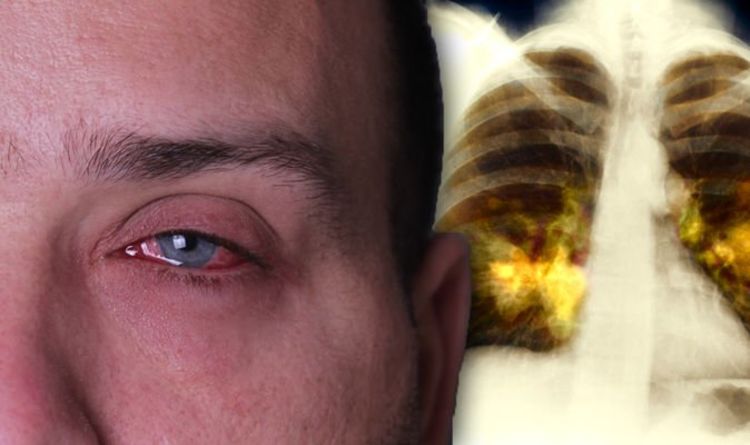 One of the key symptoms of lung cancer is noticing a change to your eyelid.

READ MORE: The ‘surprising’ sign of lung cancer on your back

“In some cases, lung tumours can cause neurological symptoms by compressing nerves.

“This can lead to a drooping eyelid or reduced facial sweating – symptoms many people are surprised can be related to lung cancer.”

Lung cancer symptoms include a cough that won’t go away, coughing up blood, difficulty breathing, and having an ache or pain while breathing.

The outlook for lung cancer isn’t as good as other types of cancer, as the symptoms are usually only spotted in its later stages.

About one in three patients live for at least a year after their diagnosis, while one in 20 live for another 10 years.