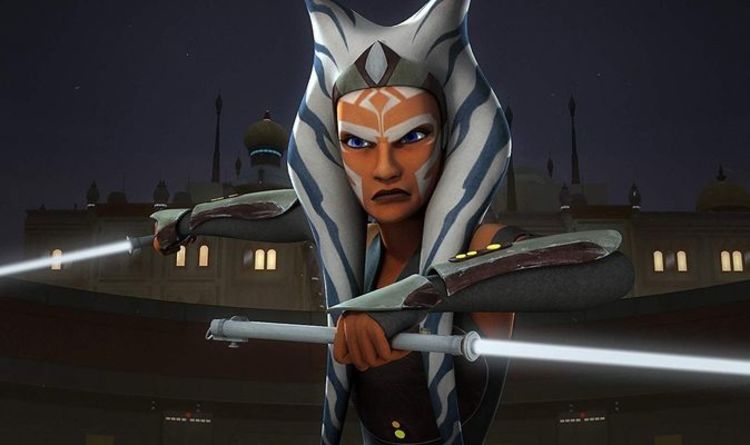 With The Mandalorian set to expand the Star Wars universe in ways fans have never seen before, season two has been confirmed to feature some fan favourite characters. As the Disney Plus series continues, one of the new cast members may be sticking around for longer than expected.

Season one of The Mandalorian proved a big success upon the US launch of Disney Plus, and has now attracted even more fans as it releases internationally.

Exploring the Star Wars universe between the events of Return of the Jedi and The Force Awakens, season two of the series will introduce even more locations and characters.

Many of these hallmarks of the popular franchise will be incredibly familiar to some fans, as season two is suggested to feature the live action debut of Ahsoka Tano, played by Rosario Dawson.

However, her small vocal appearance in Star Wars: The Rise of Skywalker is the closest fans have come to seeing her represented in a live action project.

The news has not been confirmed by Disney or Lucasfilm, but has been reported by several reputable sources.

Moreover, her role in The Mandalorian series for Disney Plus has just been set up in the new season of The Clone Wars, in which Ahsoka meets up with a group of Mandalorians on Oba Diah.

A report from comicbook.com has recently unearthed rumours regarding Rosario Dawson’s contract with the series.

Moreover, a spin-off of prequel film Rogue One may be in the works, as well as another film trilogy from The Last Jedi director Rian Johnson, so there are plenty of future opportunities for Rosario to make surprise appearances.

The actress is familiar with committing to multiple series, having played Claire Temple in several of Netflix’s Marvel shows.

Production of season two of The Mandalorian began as soon as the series premiered on Disney Plus US last year, and was on track for an October 2020 release.

Unfortunately, uncertainty during the coronavirus pandemic means filming may have been delayed, and fans could expect the release date to be pushed back.