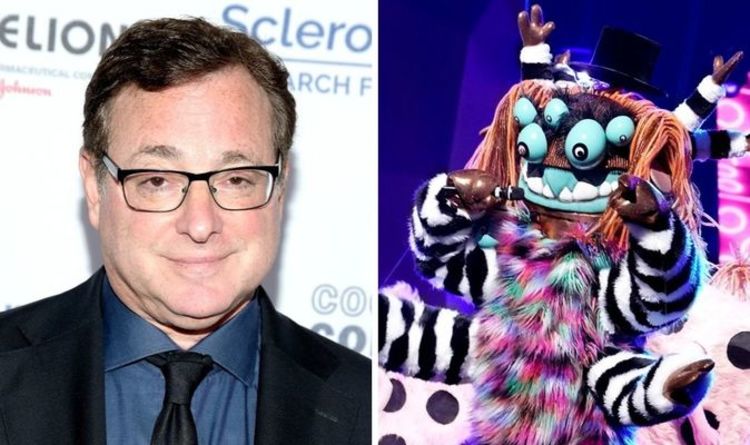 Group C continued their dominance on the stage tonight, but one Masked Singer contestant wasn’t so lucky. Fans of the top secret Fox talent show were shocked when a legendary comedian was unveiled as the Squiggly Monster.

Mushroom, Broccoli and Jellyfish all remained in the competition as Group C took to the stage for the second time for this week’s play-offs.

Although the Squiggly Monster aimed to impress by singing a classic rock ‘n’ roll hit, (I Can’t Get No) Satisfaction by the Rolling Stones, the fans voted to kick him out of the competition.

The judges’ guesses ranged from TV iconics such as Ted Danson, David Hasselhoff, and even former US Vice President Al Gore.

However, it appears their first instinct was correct as the eclectic costumed contender was revealed as Full House alum Bob Saget.

READ MORE: The Masked Singer on FOX: Episode pushed back by the World Series

Saget was picked as the panelists’ ‘first impression’ guess, and they eventually landed back on their correct theory ahead of his unmasking.

The iconic American comedian is best known for starring as Danny Tanner in ABC’s classic sitcom Full House from 1987–95, and reprised the role for Netflix’s revival.

In addition to his later career in stand-up, Saget returned to the world of sitcoms to voice the older version of Ted Mosby (Josh Radnor) in How I Met Your Mother.

While other contestants have proved trickier to guess, both the judges and plenty of Masked Singer fans had Squiggly Monster’s identity in the bag from his first clue package.

Although the first two clues had fans convinced Sweetin would be unmasked, it appears this Masked Singer fan’s instincts were correct after all.

Other viewers overwhelmingly supported the theory, with one commenting: “This is a really good guess. I definitely think it could be someone from Full House.”

Over on social media, fans were ecstatic to see the sitcom legend return to screens for a stint on The Masked Singer.