The Masked Singer: Kelis reveals the ‘weirdest thing’ about the show – what is it? 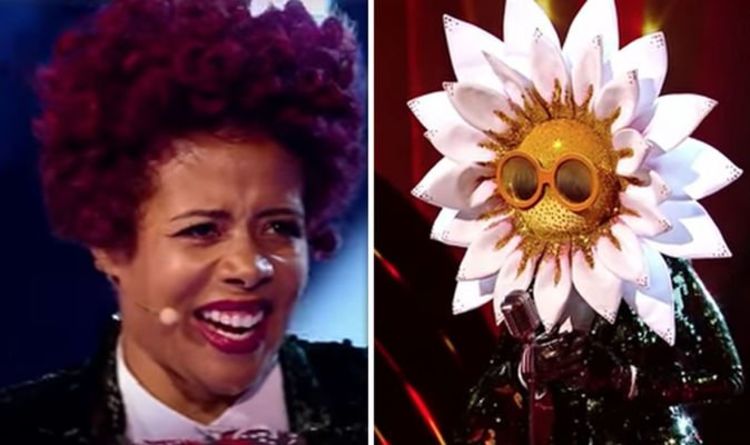 Pop star and chef Kelis was the latest celebrity to be unmasked on the ITV curveball January hit, her reveal taking Rita Ora’s breath away. Since then she’s spoken about her time on the show and has given her view on the strangest part of the programme.

In 2004 Kelis sung the track “Trick Me”, which warned against tricking her, although she was quite happy to try and trick the judges and nation in The Masked Singer.

The Brit award-winning singer and now Cordon Bleu chef was dressed as a giant daisy and the removal of her head caused the judging panel, especially Rita Ora, to gasp in disbelief.

Daisy was up against Monster – who might well be Cee-Lo Green – but Kelis lost out to a giant blue furry blob.

Now her identity has been revealed, and she’s been speaking about taking part in the elaborate musical guessing game.

READ MORE:
The Masked Singer UK spoilers: Who has been revealed so far?

In an interview on Lorraine, with host Lorraine Kelly, Kelis talked about how the contestants are all in isolation.

Kelis explained the “weirdest” part of performing on the entertainment show: “The weirdest thing is just being there and not having any contact with anyone at all.”

For a show designed to have so much atmosphere, Kelis said she didn’t experience any of it: “You have no idea what’s going on. That is the most bizarre part of the whole thing. It’s just being there and being quiet.”

Kelis wasn’t even permitted to enjoy watching a giant blue blob or an overgrown bee sing: “We weren’t even allowed to watch other people’s performances. You’re completely kept in the dark, figuratively and literally. From every aspect.”

During the interview Lorraine quizzed Kelis about how difficult she found performing while dressed as a giant daisy.

The singer admitted that it was “awkward” and explained: “It was really hard. It is hard. it’s awkward and it’s hot.”

Despite Kelis performing as a giant daisy, Rita Ora knew it was her straight away, and Kelis had predicted she would identify her: “The funny thing is, as soon as I saw her, I knew she was going to know.”

Kelis has had to keep mum about her involvement in the show for months, but when Lorraine asked if that was difficult, Kelis didn’t find keeping this secret hard: “That wasn’t really the hard part. We’re used to being on tour and most people don’t have a clue where we’re at anyway, unless you’re actually there.”

She added: “My friends at least know, know she’s gone, she’ll be back. So that wasn’t too hard.”

The inspiration for taking part in the show, she revealed, were her children: “They thought it was the best thing ever – they were like, ‘You should absolutely do this’. I was like, ‘Really?’ They were all about it.”

Later in the interview Kelis revealed she would be performing in the UK soon, albeit without a giant daisy costume.

The tour will mark the twentieth anniversary of her first record, which kickstarted an innovative and influential run of tracks.