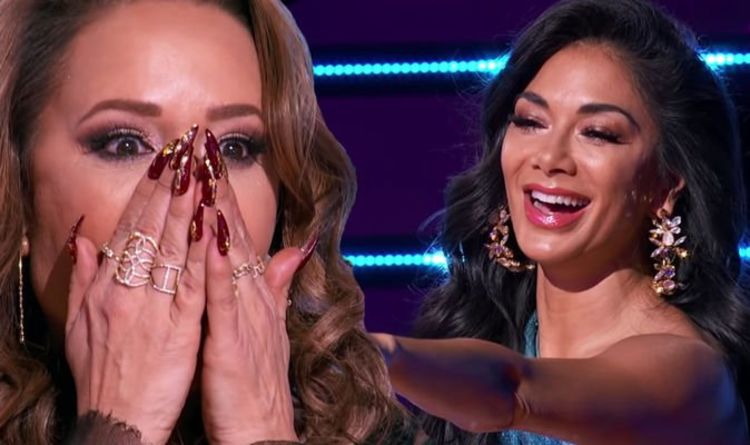 Viewers were quick to point out this error, with one writing on Twitter: “I think they’re just messing with us at this point,” alongside laughing emojis.

Others were less enthused by it, with another saying: “I saw it. I had to do a double-take to make sure I wasn’t losing my mind. I posted a pic of the mistake.”

One attempted to explain the situation, adding: “They take clips from all over and plug them in. It’s a time thing probably. I can imagine in real-time, they all talk a lot. So they have to cut it.” (sic)

The Masked Singer USA continues every Wednesday on Fox.