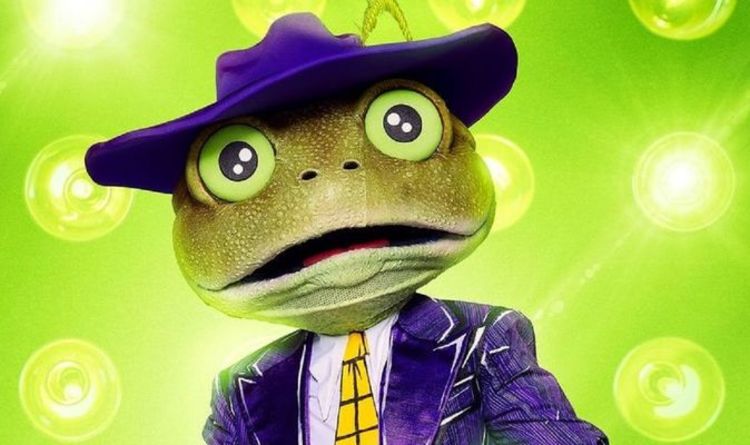 Season three of Fox’s iteration of the popular talent contest has delivered some of the biggest surprises yet. The Masked Singer still has a month to go before the winner is finally revealed, but viewers may have already exposed the winner.

The Frog, Night Angel, Turtle, Kitty, Astronaut and Rhino will take to the stage once again as The Masked Singer moves towards its epic conclusion.

Tonight, Fox will air The Battle of The Sixes: The Final 6, kicking off the decisive final episodes of the riveting and unpredictable celebrity talent contest.

Last week, Poison frontman Bret Michaels was unmasked as the Banana in a reveal that had already been predicted by several sharp fans.

So far, all eyes have been on the Frog’s magnetic stage presence ever since the purple-suited amphibian was introduced in Week Four of the current season.

READ MORE: The Masked Singer on FOX: Night Angel ‘next eliminated’ after promo?

Some fans are speculating the result of the third season may already be in the bag, as gambling website BetOnline has tipped the Frog as the winner of The Masked Singer by a wide margin.

One viewer took to Reddit and posted: “Not sure if there’s any gamblers here but the Frog’s the favourite to win.”

After impressing the judges with renditions of hip-hop classics like In da Club, Jump and Fireball the Frog has remained ahead of the competition throughout the current season.

Although some fans suspect iconic comedian Kevin Hart could be underneath the costume, the most popular theory is rap legend Bow Wow is actually the Frog.

While one more Masked Singer viewer proved the Frog would be a controversial choice and added: “I’ve already accepted he’s probably winning, but man will I be disappointed. He’s just boring to me?

“Like he’s energetic but it feels like it’s the same thing every time, and his voice just doesn’t work for me.”

Even though the Frog has kept the audience on their feet throughout season three, many fans are unconvinced he would make a worthy winner.

Previous winners of the US series include rapper T-Pain in season one as the Monster, and comedian Wayne Brady in season two, who was disguised as the Fox.