The Masked Singer on FOX: Fans ‘rumbled’ T-Rex's identity before she even sang 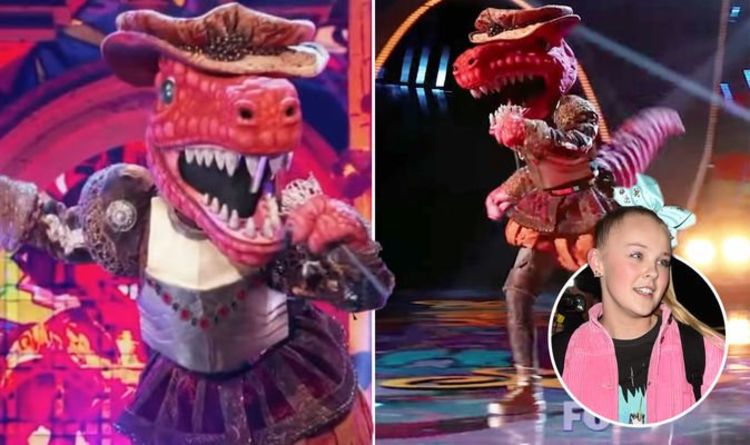 The teenage performer had already become a favourite among TMS viewers before she’d performed with one fan spotting a huge clue.

Taking to Reddit, one Masked Singer fan pointed out: “Literally without hearing a word of her singing yet, only the dancing, I was like… that’s JoJo.”

Combined with the T-Rex’s clue package, has the dancing also given away that the performer is indeed Jojo Siwa?

Another Reddit user suggested an unearthed a photo of Jojo with the show’s frontman Nick Cannon was also proof enough.