The Masked Singer on FOX: Night Angel to be unmasked... 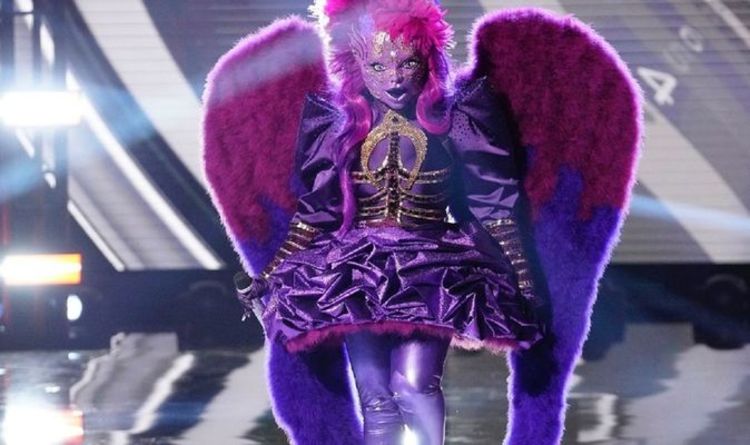 Fox’s version of the unpredictable celebrity talent show has been thrilling fans with some surprising reveals. As the finale of The Masked Singer approaches, one cryptic contestant may have been exposed after a revealing hint.

The Masked Singer thrills fans each Wednesday as a brand new masked celebrity is revealed every week.

Although the puzzling clue packages have been particularly misleading this year, so far several fan theories have exposed a number of celebrities well before they’re sent home.

This week, country star Hunter Hayes became the latest star to be revealed as the Astronaut failed to impress the judges with his One Direction cover.

All eyes are now on the Frog, who is heavily tipped to be crowned the winner of season three, as well as this year’s most mysterious costume, the Night Angel.

Dressed in deep purple and adorned with a magnificent set of red wings, the Night Angel has also stunned audiences with her vocal range.

Her performance of Black Velvet left fans speechless this week, and she has also come out on top with renditions of Man! I Feel Like A Woman by Shania Twain and Andra Day’s Rise Up.

The favourite theory amongst fans suggests Kandi Burruss will eventually be unmasked as the Night Angel.

Former member of Xscape and songwriter for Destiny’s Child, the Night Angel’s clue packages have made several references to her illustrious musical career.

Even though the Night Angel’s use of the phrase “bang bang” seems like a direct reference to the legendary solo artist, other fans were quick to point out the Night Angel’s singing doesn’t really sound like the pop icon.

One fan commented: “I mean, one clue doesn’t really mean it’s that one person it could be referencing, so I’m not sure why you’re stuck on Cher. But, the general consensus is that it’s Kandi Burruss.”

While another viewer added on Twitter: “I 100% know who the Night Angel is. It’s Kandi from The Real Housewives of Atlanta. And she is going to be incredible.”

In addition to being tipped as Kandi Burruss, some fans are convinced the Night Angel could be the next contestant to face elimination.