The Masked Singer: 'What did she say?' Davina sends fans into turmoil with Monster blunder 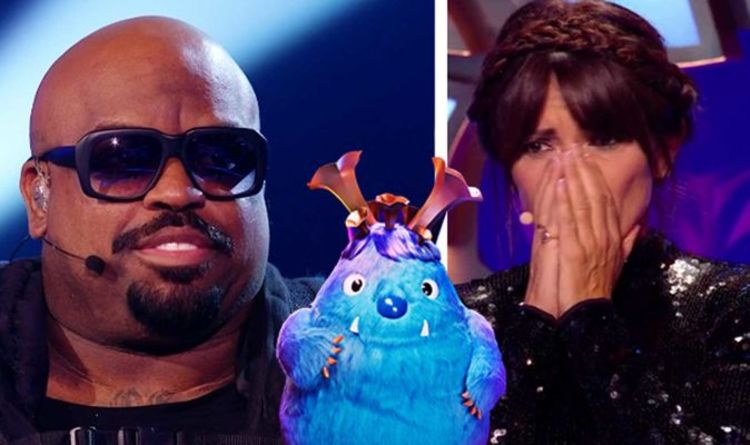 The Masked Singer reached the semi-finals tonight as the final five contestants battled it out once more. But, at the end of the show, the celebrities underneath the Monster and Fox costumes were unveiled. And during one of the unmaskings, judge Davina McCall made an epic blunder which infuriated those watching at home.

However, it was the end of the competition for Fox and Monster, and after Fox was unmasked as Neighbours star and West End actress Denise Van Outen, Davina couldn’t believe Monster hadn’t made the final three and this is when she made the comment.

“Our four remaining celebrities have performed and now it’s time for our studio audience to vote for their favourite, the celebrity with the taste votes will be unmasked. The other three will be going through to next week’s final,” host Joel Dommett said.

Monster was then told he had narrowly missed the chance of winning the first British series of The Masked Singer, and Davina remarked: “Oh, look at Monster’s face! I’m so surprised.”

While her comment was delivered with good intent, fans couldn’t help but comment on how Monster’s face had no expression because he was a costume.

One said: “Oh look at Monsters Face” ….. he is wearing a f**king mask! Mate someone needs to decommission this programme ASAP #TheMaskedSinger.”

“Did Davina just say look at Monsters face?! #TheMaskedSinger,” someone else asked.

Another added: “Did Davina really just say ‘oh my god, look at monsters face’ he’s wearing a f**king mask! His face has been the same for the last 4 weeks #TheMaskedSinger.”

After each judge said saying who they thought the celebrity was underneath the Monster costume, it was then time to find out who Monster was.

Host Joel Dommett said: “Let’s see if any of you are right, it’s time to find out the identity of our Masked Singer. Monster, who’s behind the mask?”

With a little assistance, award-winning Grammy artist CeeLo Green was unveiled and Ken said: “We are truly starstruck you are here! We are truly honoured.”

As for why CeeLo decided to sign up, he said: “I did the challenge for really simple reasons; it was just a cordial invite and I accepted.