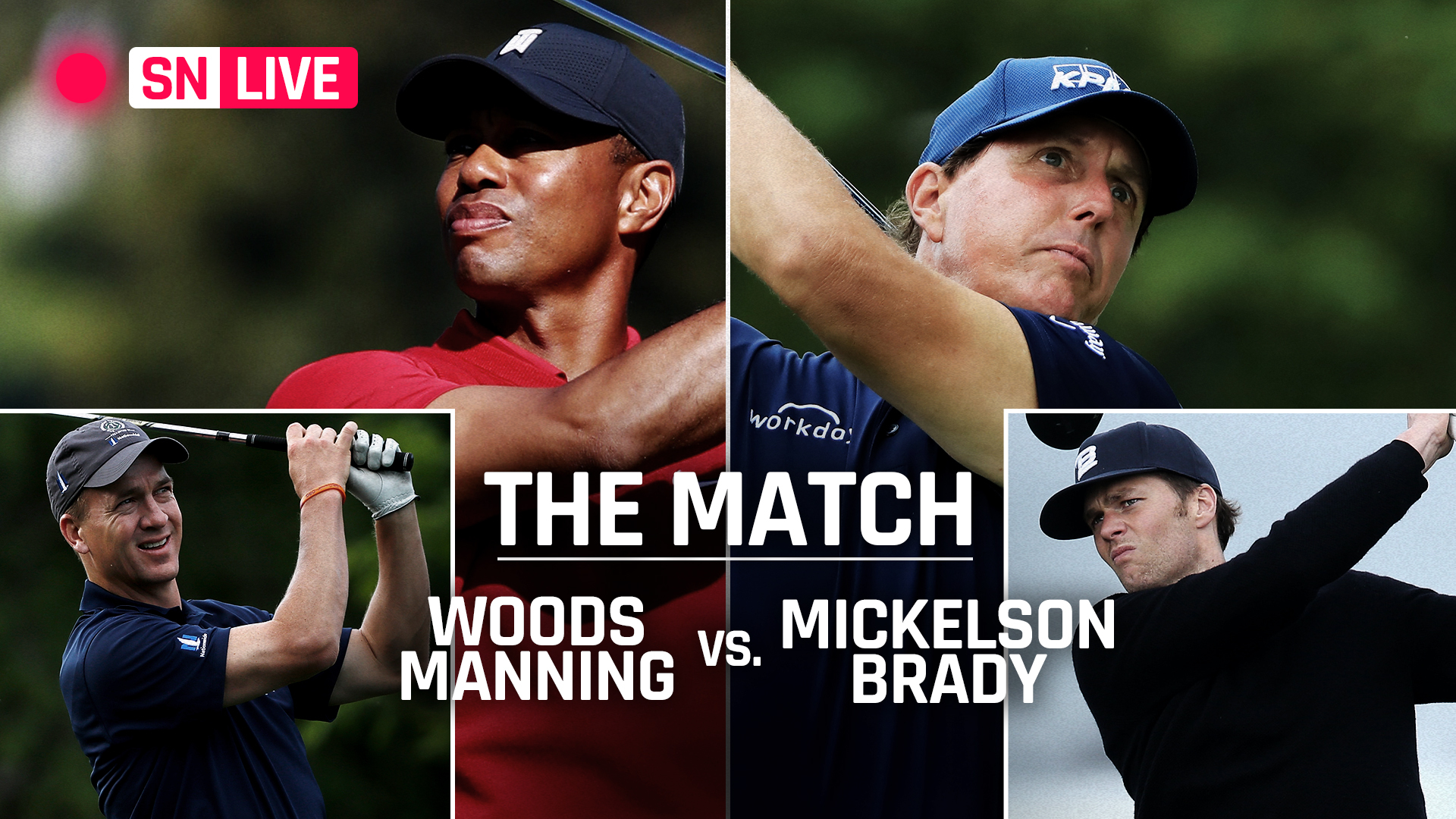 There isn’t much better than a Sunday afternoon of watching golf and taking a nap, but for fans who have been deprived of live sports for months due to the COVID-19 pandemic, today’s broadcast of “The Match 2” between the tandems of Tiger Woods-Peyton Manning and Phil Mickelson-Tom Brady certainly has the potential to be just that.

It’s going to be a golf event unlike any other we’ve seen. It’ll be a match-style contest, with both teams going head-to-head each hole to collect points. And not only do we get to see two great golfers, but two Hall of Fame quarterbacks compete outside of their sport.

Sporting News is tracking live updates and highlights from “The Match: Champions for Charity.” Follow along below for complete results from the Tiger Woods-Peyton Manning vs. Tom Brady-Phil Mickelson golf match.

5:08 p.m. — Tiger bets Phil that if the lefty hit his ball on the green, he’d give him the hole. Mickelson comes within inches, but still gets a nice shot on the green.

4:50 p.m. — Now we’ve got a closest to the hole challenge on Hole 3. Charles Barkley offers up a $ 50,000 donation if Brady hits the green, so naturally he completely misses on the 184-yard drive. Woods wins the challenge with a drive that lands eight feet four inches from the pin, adding $ 125,000 to PGA Tour COVID-19 relief fund in his name.

4:45 p.m. — Brady whiffs his fifth shot on an approach, then rolls it on the green with his sixth. Manning’s putt from off the green on his fifth is just a little short. Woods’ approach for eagle is short and wide right, but he taps in for birdie to take the win on Hole 3.

4:34 p.m. — Mickelson is able to get out of a tight spot and back onto the fairway with is second. Woods hits the green with his second but it rolls off.

4:29 p.m. — Manning and Brady both manage to land their ball in bushes on opposite sides of the fairway. Nothing more relatable in the history of golf.

4:26 p.m. — Our first challenge of the day: a long drive challenge between Tiger and Phil on the 551-yard Hole 3. Mickelson’s shot is… not good, but Woods hits a solid one up the middle, so $ 1.5 million will go to the charity of his choice.

4:22 p.m. — Mickelson narrowly misses a birdie on an impressive approach from off the green. Manning’s birdie putt for the win misses wide, while Woods’ attempt comes up just short. Both teams tie Hole 2 with a par.

4:18 p.m. — Manning gets a nice second shot onto the green, while Brady loses his ball and takes a drop. Woods also hits the green while Mickelson is just outside.

4:10 p.m. — Woods and Mickelson both hit fairways on their drives on Hole 2. Brady’s drive slices, but Manning’s hooks back towards the middle of the fairway.

4:06 p.m. — Woods’ putt for birdie comes up short. Brady’s putt for par narrowly curves right. Mickelson’s birdie putt also comes up a little short, but he gets it for par. Woods equals him to make it a draw on the first hole.

3:58 p.m. — Mickelson and Woods both get on the green with their second shots. Manning and Brady both get there with their next shots.

3:55 p.m. — Brady and Manning both get their ball back onto the fairway, though Manning had to take a drop with an unplayable ball. Nice job considering the circumstances.

3:52 p.m. — “The Match” is finally underway. Mickelson, the defending champ, and Woods, “The GOAT” according to Samuel L. Jackson get it teed off, followed by the other GOAT, Brady, and Manning. Brady’s shot lands in a puddle in the sand, Manning’s lands somewhere in the palm trees…

3:22 p.m. — Peyton Manning with ALL of the trash talk towards Tom Brady. Said he considered bringing his brother, Eli, with him, as well as Nick Foles and even thought about inviting Patriots head coach Bill Belichick.

3:04 p.m. — It’s looking verrrrrry wet out there. Golfers (and quarterbacks) are practicing trying to get a feel for the course.

What time does ‘The Match 2’ start?

“The Match 2” starts at 3 p.m. ET on Sunday at the Medalist Gold Club in Hobe Sound, Fla. The event consists of 18 holes that are unlike anything seen on the PGA tour.

“The Match” has challenges, such as Hole 5, where each golfer can only use one club on the entire hole. The first nine holes of the day will be “best ball,” meaning the lowest score on each of the first nine holes for the teams will be kept. On the last nine holes, teammates will rotate on every shot.