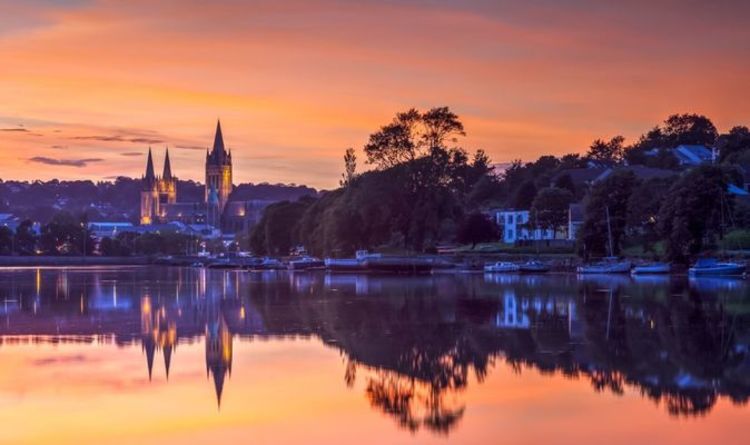 Rightmove said the three areas with the largest year-on-year jumps in buyer demand in the week property market lockdown measures were eased were all on the south coast. And local agents have reported a boom in Londoners looking to relocate for green space, sea air and bigger, better value homes.

Searches in Canterbury, Kent, were up 23 percent on the same period last year.

Edward Church, of estate agent Strutt & Parker, said lockdown hit the local pipeline of sales in the town and the number of properties under offer is still down 20 percent compared to last year.

But he said increased demand from Londoners leaving the capital was definitely providing a boost to the local market.

He said: “A certain type of house is extra popular at the moment.

“One that provides a combination of social distancing with rural beauty and isolation. These houses are flying.

“Last week, we agreed a greater number of sales than in any other week last year, bar one.”

Truro in Cornwall has witnessed a 20 percent year-on-year rise in demand with market analysts suggesting the surge could be down to a rise in working from home leading some city dwellers to seek to move further afield.

Chris Clifford, of estate agent Savills, said: “We have buyers from London who have been told they won’t be back in the office this year.”

Since March 23, the Truro office has registered 160 new buyers, said Mr Clifford, two-thirds of which have been from out of the area, primarily from London and the Home Counties.

He said: “Next week, we will have the biggest book of listings we have ever had.

“People selling up have read the appetite for buyers moving out of the cities, and they want to capitalise.”