The One Show host hits out at Alex Jones for dropping personal bombshell 'Sorry Geth!' 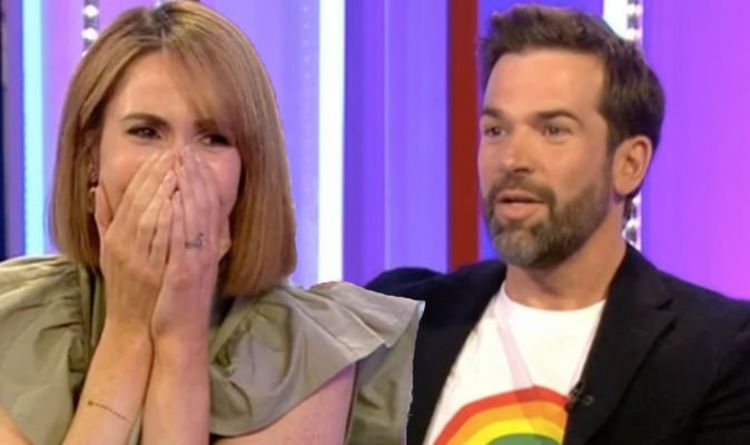 The One Show fans have seen Alex Jones mess up a line or two throughout her career on the BBC show. However, each evening Alex manages to be a perfect professional and string out her sentences with great ease. This evening was a little different as Alex presented the show alongside Gethin Jones.

During the varied show, Alex spoke about a number of different topics.

However, during the many topics spoken about, Alex and Gethin brought up virtual dating.

After seeing some viewers going on virtual dates, Alex decided to spill the tea on Gethin’s dating life.

Gethin attempted to recover from this information leak by looking at guest Mel C and asking: “Um, Melanie, you’re obviously in a relationship…”

Alex quickly jumped back in to apologise, announcing: “Sorry Geth!”

Mel C wasn’t eager to let the topic go, however, as she chimed in to add: “I’m interested in the cooking date, to be honest!”

The skeleton crew in the studio laughed, forcing Gethin to divulge all of the details.

He eventually let up: “I did a cooking date virtually – and it lasted for hours.”

Alex Jones has been on a roll this week, as in a previous episode she stamped out Claudia Winkleman’s topic of conversation.

During her chat with Claudia Alex asked: “Claud, the nation is worried about the fringe, what’s the plan?”

Unfortunately Claudia was hit with some technical errors during her response, so her answer was a little muffled and cut up.