The Outer Worlds Release date WARNING for PS4, Xbox One... 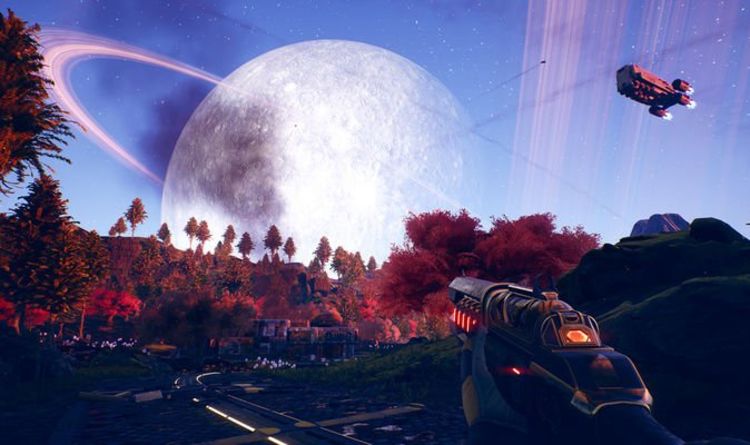 For many, The Outer Worlds looks to be the spiritual successor to Fallout New Vegas, offering a mix of action and RPG elements set in a big world.

It will be up to fans to decide whether the new game from Obsidian fits the bill on PS4, Xbox One and PC.

And the wait is almost over for most fans, with The Outer Worlds release date set for October 25, 2019.

There are few platforms missing out today, including Steam, which won’t see the game arrive until 2020.

Then there is Nintendo Switch, which is also getting a port sometime in the future.

But the lucky fans getting access later this week will want to consider a short delay to their adventures.

The Outer Worlds release date schedule has been set out and the good news is that everyone is getting access on October 25, 2019.

But the one thing that fans need to consider is that even if they haven’t preloaded the game, there will be an added Day One patch.

This has been confirmed by Obsidian long in advance of The Outer Worlds being launched so that everyone can be prepared.

The good news is that if you’re able to preload the game digitally, the new update will be part of it.

And this should mean you’re up to date when the game goes live later this week.

However, for everyone else, there will be a hefty patch available to download when you’re console or PC, goes online.

The dev team has confirmed that this new Day One patch includes bug fixes and optimisation options, making it an essential download.

So while you can probably avoid downloading this patch if you have bought the disc version of the game, Obsidian wants you to be up to date with the best possible version.

A new message from the dev team explains: “Expect a title update on launch day for those who purchase physical copies of both Xbox and PS4 that will include tweaks and optimisation fixes.

“For digital purchases on both Xbox and PS4, the patch will be included in the pre-load of the game.

“To experience the game in the best way possible, please make sure to install this update before playing. Again, we appreciate your cooperation in ensuring the success of the colony as we know you will faithfully carry out your duties.”

And following the launch on October 25, there’s a good chance that more updates and patches will follow.

Most players on PS4 and Xbox One consoles will be getting access to the game at Midnight on October 25. Gamers in the United States will gain access a little earlier, at around 9pm PST, on October 24.

When it comes to The Outer Worlds launch times on PC, things will be a little different depending on where you live.

The differences can be found below for the global PC release: