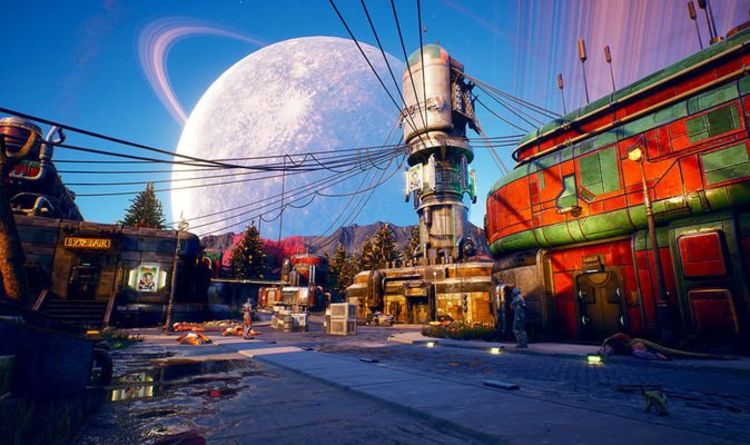 The Outer Worlds has proven a winner on PC, PS4 and Xbox One and looks set to be another sleeper hit for 2019.

Scratching an itch left by games like Fallout: New Vegas, Outer Worlds does much to engross fans into a brand new universe of mischief.

But while some RPG fans are eagerly playing the game, others are holding out for The Outer World to release on Steam or Nintendo Switch.

So how long may these diehards have to wait for The Outer Worlds to jump from the Epic Games Store and Microsoft Store to its next destination?

WHEN IS THE OUTER WORLDS COMING TO STEAM AND SWITCH?

For fans waiting for The Outer Worlds to arrive on Steam, there could be a lengthy wait.

The official Steam page for the game is live and contains a lot of information on the upcoming release. But what it doesn’t say is what day the sci-fi adventure is scheduled to arrive.

What it does say is that The Outer Worlds is coming to Steam in 2020. And developers Obsidian have provided further news on their plans, albeit in limited form.

Following the announcement that The Outer Worlds would be on Epic Games Store before Steam, the team went to great lengths to explain it wasn’t another exclusive.

It was revealed that the game would land on the Windows Store on the same day in 2019, October 25.

But it also shared some bad news for fans hoping for an early 2020 launch for the Outer World.

Obsidian revealed that The Outer Worlds would be available on other PC platforms a year later.

And this suggests that The Outer Worlds will launch on Steam in October 2020, a very long time to hold out.

“It isn’t an exclusive,” a Twitter message from Obsidian explains.

“The game will also launch on the Windows Store at launch (same day as consoles). Other PC platforms will release 12 months later.”

The above information doesn’t cover the Nintendo Switch, being that it focuses on PC platforms.

So the wait for a new Outer Worlds port on the handheld console could be shorter.

But whatever the planned timetable is, it doesn’t include a launch for later this year. Obsidian has confirmed that The Outer Worlds is heading to Switch in 2020, the same as Steam.

But there is a lot more to suggest it will be arriving much sooner, probably during a quieter time of the year.

The Outer Worlds was released on the same day as Call of Duty Modern Warfare in 2019. And there will be no need to time with another big launch in 2020.

Depending on how long the port has been in development, a release date for it could be announced before E3 2020.

“Player choice in The Outer Worlds extends beyond the decisions players will make narratively, it applies to how players approach the gameplay as well,” said Leonard Boyarsky, co-game director at Obsidian.

“It was important for us to create an experience where players can not only enjoy shooting their way through the game with a bunch of crazy science weapons, but also have an equally enjoyable experience if they opt to avoid combat by focusing on dialogue or stealth.

“No matter what your play style, even if it’s ridiculous as how Tim Cain plays, there’s a great way to experience The Outer Worlds.”

The Outer Worlds is out now on PS4, Xbox One and the PC’s Epic Games Store and Windows Store.