The Poltimore: Princess Margaret's wedding tiara sold at auction – where is it now? 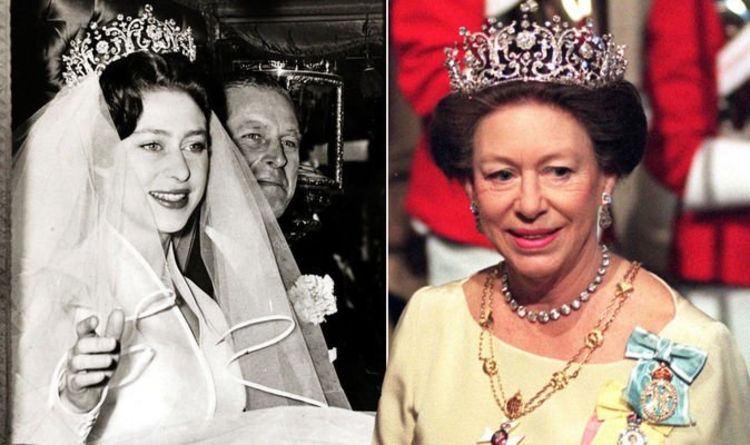 Speaking about the diadem, Alexandra Michell Gemologist Prestige Pawnbrokers Hatton Garden said: “The Poltimore tiara was made famous by Princess Margaret, photographed in her bathtub, wearing nothing but the tiara.

“Created by Crown Jewellers Garrards’ in 1870 for Lady Poltimore, it was sold in 1959 at auction and bought by Princess Margaret as her wedding tiara for £5500 (todays equivalent value would be £125,000), although she wore it in its multiple forms before her actual wedding day a year later.

“The famous bathtub scene was reproduced by Helena Bonham-Carter in the TV series ‘The Crown’. The real scene came about when Princess Margaret was getting ready for an evening out, had already had her hair done and was bathing, when her husband, a photographer, snapped the picture.

“Now that it has had a starring role on TV, should this piece be presented at auction today, I’d imagine it would fetch up to £3,000,000.”