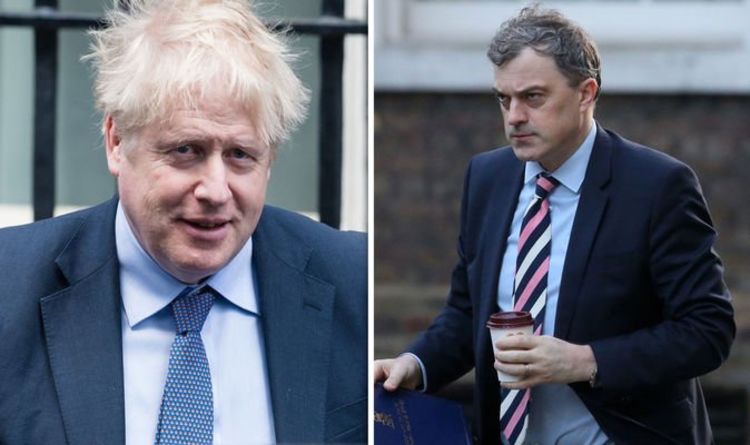 The Prime Minister is said to have been kept in the dark about the decision, and was furious that veterans could now face further prosecutions. One Tory MP told the Daily Telegraph that Number 10 fell out with Mr Smith after they felt he had gone “behind their backs” over victims’ compensations. The source said: “They never forgave him.”

However, allies of the former Northern Ireland Secretary rubbished such allegations.

They insisted that Mr Smith had ensured that the Prime Minister was kept fully informed over details of the Stormont arrangement.

A colleague of Mr Smith pointed out that the MP for Skipton and Ripon had travelled back from Belfast on January 6 to personally brief the Prime Minister.

The source also claimed that memos had been sent back and forth between the Northern Ireland Secretary’s team and Number 10, so it was “absolute c**p” to suggest Mr Johnson had been blindsided.

Friends of Mr Smith said that his opposition to Mr Johnson’s decision to prorogue parliament last year to force through Brexit lay at the heart of his sacking.

They said that Number 10 “had just felt that he was not sufficiently loyal on Brexit.

“It was very clear that he had not agreed with the decision on prorogation”.

Mr Smith, who has been replaced by Brandon Lewis, the Security minister, said: “Serving the people of Northern Ireland has been the biggest privilege.

In a tweet he wrote: “You helped to restore powersharing in Stormont, secured an agreement with us to avoid a hard border, plus marriage equality.”

He praised Mr Smith for having been “such an effective Secretary of State for Northern Ireland at a time of real challenge and risk.”

Mr Johnson was slammed for making a “strategic error” by the leader of the SDLP, Colum Eastwood.

Mr Eastwood said: “It defies belief that after the successful restoration of powersharing following a three-year collapse, Julian Smith’s reward is a cabinet office P45.”

He added: ““It tells you all you need to know about Boris Johnson’s attitude to the North that he would sack the most successful Secretary of State in a decade.”