The real reason coronavirus is more devastating for elderly patients... 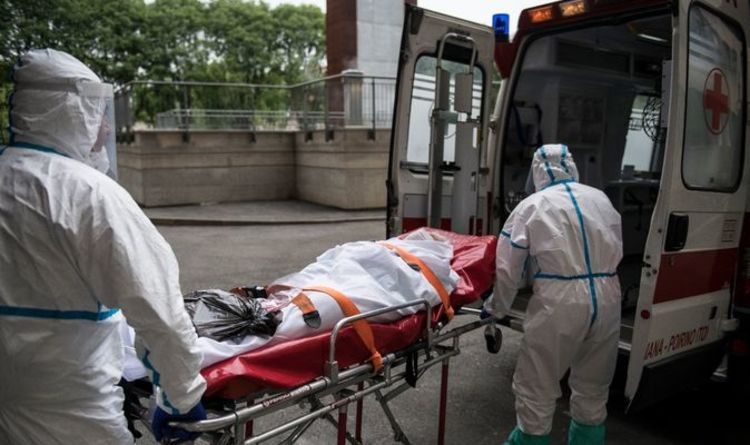 The virus infects mucosal cells – cells that fabricate mucus – before multiplying and spreading throughout the body. Scientists say the virus clones itself better in these stiff cells, found in the lungs and upper respiratory tracts of elderly patients, which allows the coronavirus to spread faster.

The researchers, led by the Massachusetts Institute of Technology, say their findings show the persistence of the virus may not be due to the weakening of the elderly’s immune systems as many scientists believe.

When the coronavirus enters human cells, it first targets cells that secrete mucus in the respiratory system.

After the virus infects a cell, it “hijacks” the machinery of the cells to duplicate itself thousands of times.

These copies invade other cells in the body or are ejected in droplets from a cough or sneeze that then enter other cells.

In elderly people, tissue in the lungs and respiratory tract are harder due to a larger amount of protein fibers, according to the researchers.

The researchers say stiff cells “favor the multiplication of the virus” meaning they multiply themselves easier.

“Biopsies or cell culture experiments could now be used to determine whether this is indeed the case,” they wrote.

The researchers say this could help scientists conclude where to concentrate their efforts as they research and develop drugs to tackle the virus.

In the US, where the research was conducted there are more than 1.02 million confirmed cases of the virus and a death toll of 58,000.

The news comes as US President Trump said the country can start planning the reopening of schools as young people do extraordinarily well with the coronavirus.

Speaking at today’s press briefing, Trump said: “It’s a bad death. It’s a bad thing. It grips onto some people. Now we’ve found out young people do extraordinarily well, that’s why I think we can start thinking about schools.

“But of course we’re ending the school season. So, you know, it wouldn’t be, probably, you wouldn’t be back for too long.