The reasons why the U.S. isn’t on track to open up 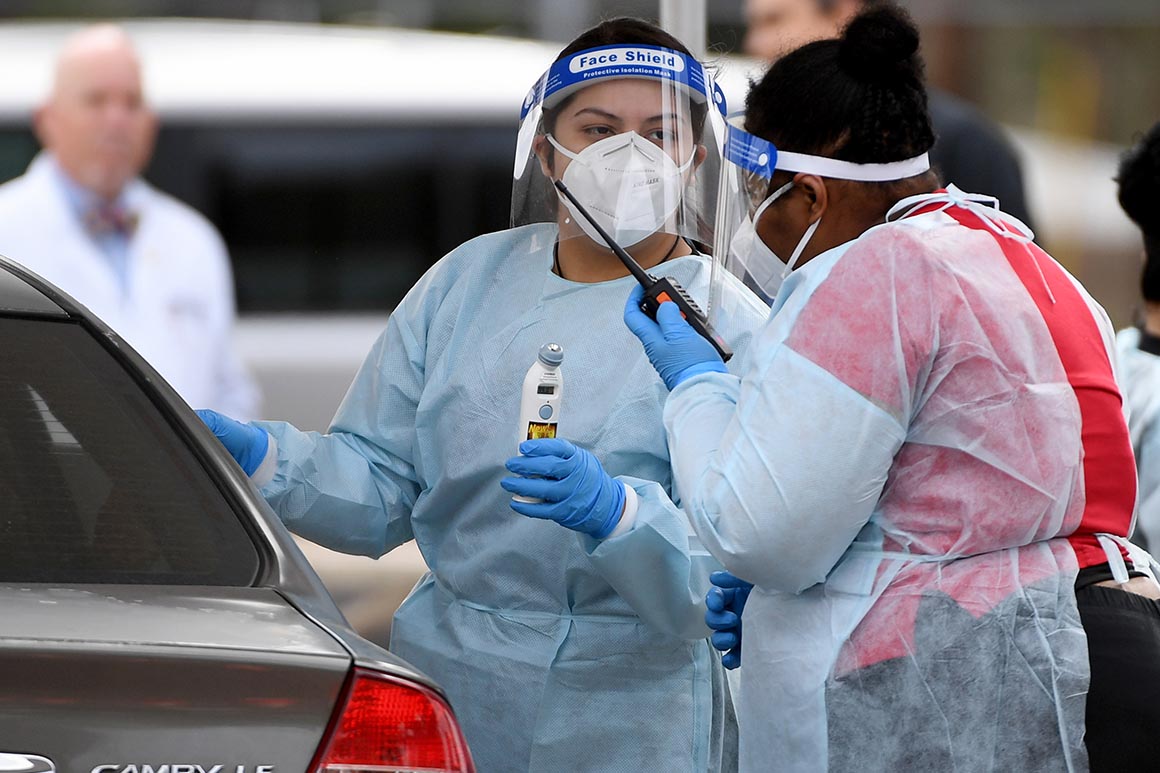 President Donald Trump and other officials are boasting that the United States is now testing nearly 700,000 people each week for the coronavirus.

But that’s not enough to catch every case of the disease or to provide the kind of data needed to lift social distancing measures and allow people to go back to work. And because testing capacity remains inadequate, it’s unclear when we’ll get there.

Labs nationwide are overwhelmed by patient samples flooding in as they continue to face a shortage of critical supplies. A rapid test described by Trump in mid-March as a “game changer” that would soon be available in doctors offices is still hard to come by for many Americans.

And officials at some public and private labs are questioning the accuracy of new antibody tests that are designed to detect whether a person has ever been infected with the coronavirus — a crucial tool to understand the true scope of the U.S. outbreak.

1. We’re testing tens of thousands of people every day — but it’s still not enough

The U.S. has come a long way since the botched rollout of the CDC’s diagnostic test in February. About 2 million people have been screened for coronavirus — but shortages of swabs, lab materials and test kits continue to limit testing to the sickest patients, including those who have been hospitalized.

Even then, some labs are struggling to meet demand. The commercial lab Quest Diagnostics had built up a backlog of 160,000 patient samples in California by late March. It has whittled that down to around 80,000 this week.

Public health groups say that until testing catches up to demand, two other groups should also be given priority: health care workers and high-risk patients, like the elderly or immunocompromised, who are displaying symptoms of a coronavirus infection.

And health departments in six states — Connecticut, Maryland, Mississippi, Nevada, New York and Washington — are using powers granted by the FDA to authorize labs within their borders to conduct coronavirus testing.

2. Further growth of lab-based testing will be slow

Members of the American Clinical Laboratory Association, which include commercial labs such as Quest Diagnostics and LabCorp, have steadily added capacity to test patients. They’re now analyzing more than 100,000 tests each day.

But further growth at these private labs, which the Trump administration has relied on to conduct widespread screening of Americans, may be a challenge. “We’re hearing from many labs, and not just members, that shortages of test kits are limiting the ability to continue to build and expand that capacity,” ACLA President Julie Khani told POLITICO.

Part of the problem is that the FDA has authorized a variety of tests that each use a different set of instruments and supplies — and often aren’t interchangeable.

3. Existing antibody tests may not be accurate enough

Blood tests that can determine whether a person has ever been exposed to the coronavirus could be critical to understanding the true size and geography of the U.S. outbreak.

Known as serology tests, they look for antibodies to the coronavirus in a drop of blood. The presence of those antibodies signals that a person was infected at some point — and likely has some immunity to the virus.

But officials at public and commercial labs say that a FDA policy allowing some serology tests to be used without agency review could allow inaccurate tests onto the U.S. market, which could distort crucial data on how many people have been infected.

During a meeting with FDA Commissioner Stephen Hahn, “We described the concern about the fact that we were being flooded by marketing by these companies that were throwing these tests at us,” Becker said. “There was no quality control, no data available to see how they actually operate.”

On Monday, Giroir announced that the FDA would work with CDC and the National Institutes of Health to validate some of the antibody tests already on the market. “It’s very important that they do what they say that they do,” Giroir said. “We have reason to believe not all of them are going to perform well.”

4. The new rapid tests are not widely available

The introduction in late March of a rapid coronavirus test that produces results in 15 minutes has been praised by both Trump and public health experts as a critical step in the U.S. outbreak response.

Made by Abbott, the test can be performed in a doctor’s office or emergency room — allowing physicians to quickly identify and isolate those who are infected or free up space for other patients.

But HHS has struggled to carry out its promise to distribute the tests to the Indian Health Service and remote areas of the country that lack testing capacity. The department will distribute about 1,200 machines this week that can run the Abbott test, and has ordered materials to conduct tens of thousands of tests.

Even that is not enough to meet demand from the IHS and state public health labs. “So far, the rapid test has not been available to us and there’s no chance of us getting it anytime soon,” Michael Kilkenny, executive director of the Cabell-Huntington Health Department in West Virginia, told POLITICO.

The company said it sent supplies for 190,000 rapid tests to customers in 21 states as of last Friday. Abbott plans to expand production from 50,000 tests per day to about 65,000 by June. Other companies, including Cepheid, are manufacturing their own rapid tests.

The increasing number of new cases across the United States, ongoing shortages of testing supplies and overwhelmed health care systems make it unlikely that the country will be able to return to normal any time soon.

Health experts say that implementing widespread testing, curtailing the growth of new infections and ensuring adequate health care capacity are all necessary before the United States can think about easing social distancing.

“There are going to be a lot of places, if not everywhere in the U.S., that are still not meeting those criteria by the end of this month,” Marc Lipsitch, an epidemiologist at Harvard University in Boston, told reporters on Tuesday.

Aggressive testing, in particular, can help health officials isolate the sick and determine whether they infected anyone else — interrupting the chain of transmission. Making that happen will require a vast expansion of the U.S. public health workforce, according to a report released Tuesday by former FDA Commissioners Mark McClellan and Scott Gottlieb and other health experts.

Once such capabilities are put into place, individual states and regions will be able to consider lifting social distancing measures, they say.