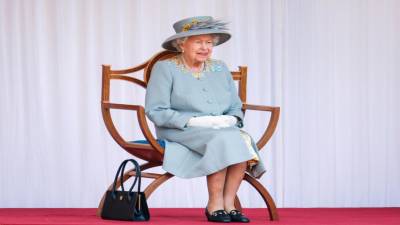 WHEN Malaysia was first introduced to Ashwin Nair (or Ash), he was one of 11 aspiring finalists on season 2 of Malaysian Idol (2005) .

Although he did not win, there was no doubt that Ash had talent, and he collaborated with AIM- and ARIA-winning record producer Greg Henderson for his debut album Chameleon.

His single from the album, A Day Before Tomorrow, got heavy rotation on our local radio stations.

He also did stage performances with Frogway the Musical and Kam … In Your Face.

Ash also had a small role in the British Channel 4 production Indian Summers which was released in 2015 (and is now available via streaming services). However, since then, he has largely maintained a low profile.

“Right after I finished Indian Summers a few years back, I went right back into production. I own my own production company.”

He was also travelling the world and getting involved in spirituality.

“Just a lot of self discovery. I wasn’t so active in putting my work out there. I did not feel the need to rush something out just to stay in the limelight.

“I have never really been enamoured by fame or staying in the limelight. I am much more purposeful with what I do. That’s why I do things a little slower. I try to get the best quality and put good work out there.”

Ash’s production company was in talks to produce a sci fi-TV series but soon shifted focus. “We realised what we had was a little larger than expected.”

Unfortunately, the streaming platform with whom they were going into partnership with was undergoing some changes in terms of management. The new boss wanted more localised content, while Ash’s series was more international in terms of cast.

“We shifted our focus to make a feature film. We had a script, it was still in development, a lot of work was done. We even got financing. We even managed to raise RM10 million.

“The funny thing was, one week before the money was supposed to come in, Covid-19 happened, the MCO happened. The investors then just went quiet.”

Everything halted. So Ash decided to raise the money on his own, and he is currently in the midst of doing just that.

Ash was also doing a lot of corporate videos while developing content for his own company. “We were not active in front of the camera. It was behind-the-camera stuff.”

Once they have raised the funds to produce their feature film, they will move on to their sci-fi series, which is more ambitious as it takes place in various Asian countries.

Ash is confident about his film, saying he and his partners are on the verge of closing a few deals. He hopes they will be able to announce something next year.

So what happened to his singing career?

“I get asked that question a lot. My fiancée (model, singer and women’s empowerment and wellness advocate Hannah Lo) and I did one album that we never officially launched in Malaysia. We launched it in China.

“It was a spiritual album. It was an album of modernised mantras. It was a fusion album. We had a good reception there.

“Hannah and I always talked about getting back into music. But I was so involved in production. I am very bullish. When I get involved in something, I want to finish it.”

He thinks he might start on an album after he finishes his film.