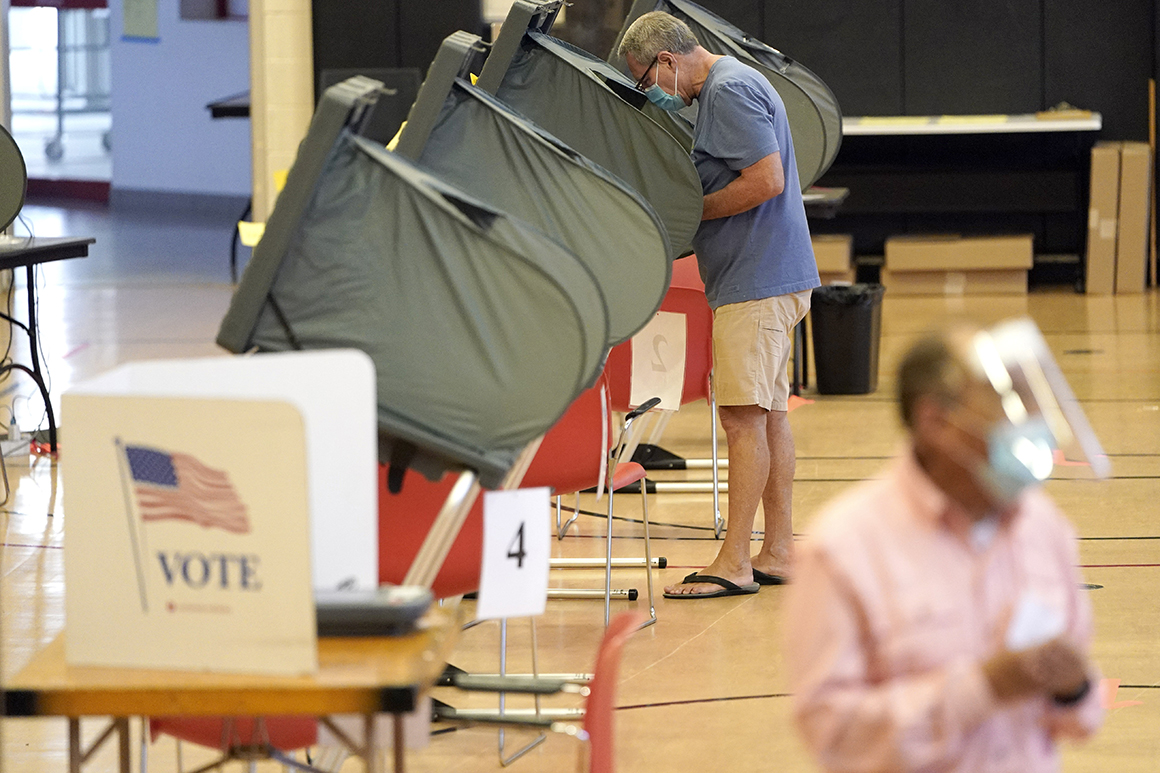 But eyes would have popped if you traveled back to 2008 and told Texans, when Barack Obama lost the state by 12 points while winning nationally by 7 points, that the 2020 presidential contest in the state would be polling inside the margin of error. Yet even in 2016, President Donald Trump won Iowa by a larger margin than Texas, and in 2018, Democrat Beto O’Rourke lost to Sen. Ted Cruz by just 2.6 percentage points. The state’s rapidly growing and diversifying cities and suburbs are chock full of college-educated voters, a core constituency Trump has struggled to hold within the GOP.

Both national parties send cash to state parties to fund get-out-the-vote efforts, field operations and staff. The RNC sent $ 1.3 million to the Republican Party of Texas in August, double what it sent in July and on par with what central battlegrounds like Arizona and North Carolina are getting. It’s also the biggest transfer ever from the RNC to the Texas state party.

The Democratic National Committee is also investing in the Texas Democratic Party, sending more than $ 150,000 last month. Much of that is also going to pay for staff and mobilization. But Democrats say the investment needed to turn Texas blue is lower than ever despite the state’s size, because down-ballot candidates, from a Senate contender to congressional and state House hopefuls, are having so much more success in funding their campaigns through small-dollar, online donations.

Many Republicans in Texas and nationally say if O’Rourke couldn’t win in 2018 — in a wave election, with a huge financial advantage and volunteer network, and with his supporters using straight-ticket voting (which the legislature outlawed in 2017, but didn’t implement until after 2018) — then it can’t be done in 2020. They also insist that though the polls may be tight now, their voters will come home.

They may be right. But this view downplays the underlying trends transforming national politics, as well as their potency in Texas. And hearing this view also rang a bell: I spent 2018 reporting on ancestrally Republican places that supposedly couldn’t go blue as Democrats chased the House majority, from the beaches of Orange County, Calif. to the leafy sidewalks of the Atlanta collar counties — and, yes, the suburbs of Dallas and Houston. That November, they all voted in Democrats, including in two Texas districts the GOP had designed to protect incumbents earlier in the decade.

Clearly, Trump is making Texas more competitive — the FiveThirtyEight polling average has Trump leading by a point — and the trend goes down the ballot. “The biggest problem for Republicans, particularly in urban areas, is Donald Trump … and that trend is going to continue until Trump is no longer the standard bearer for the party,” said former Republican state Rep. Jason Villalba, who represented a suburban Dallas County seat before losing a GOP primary in 2018. “That same phenomenon that happened here is replicating itself all over the state.”

But Jordan Berry, a Texas-based Republican consultant, called the RNC’s investment “insurance,” not a fire alarm.

“If Democrats are going to continue to pour record-breaking amounts of dollars into Texas, it makes sense that Republicans are going to need some reinforcements,” said Berry, who is working on several congressional and state House races. “We don’t need to match them dollar-for-dollar, but you do want some extra padding.”

James Dickey, the former Texas Republican Party chairman, said that “sometimes money is put in to stop up a hole, but much more often, money is put in to support the continuance of a successful effort, and this is the latter,” pointing to the state party’s “biggest field and voter outreach effort in many years.”

However, several Republicans did acknowledge that trouble could come for them in suburban-based federal and state House seats, and the money could help shore things up.

“If Trump barely wins Texas, we lose Texas-22, Texas-24 and possibly Texas-21,” said one Texas-based Republican consultant, ticking off three once-safe House seats that have become competitive in the Trump era. “Democrats probably take the state House in that scenario, too.” (Democrats need to flip nine state House seats to win the chamber.)

If Texas truly becomes a major battleground in the last six weeks of the race, more money of all sorts will need to flow in, from serious TV advertisement buys from the presidential campaigns to additional investments from the national parties. You would also see more visits from the candidates themselves, if things really started to change.

RNC Chairwoman Ronna McDaniel, who visited Georgetown, Texas, last week, said she doesn’t “think Texas is up for grabs, but I’m going to be here because we’re not going to take any state for granted.”

The Texas Republican Party did not answer requests for comment. RNC spokeswoman Mandi Merritt said in a statement that the committee “works for all candidates up and down the ballot and we are leaving no stone unturned with our unparalleled ground game, historic infrastructure and get out the vote operation.”

And Republicans reiterated that the $ 1.3 million help for the state party — although historic in its size — isn’t the size of investment that would really get their attention.

“Call me again if it’s $ 10 million or $ 20 million,” said one national Republican strategist.