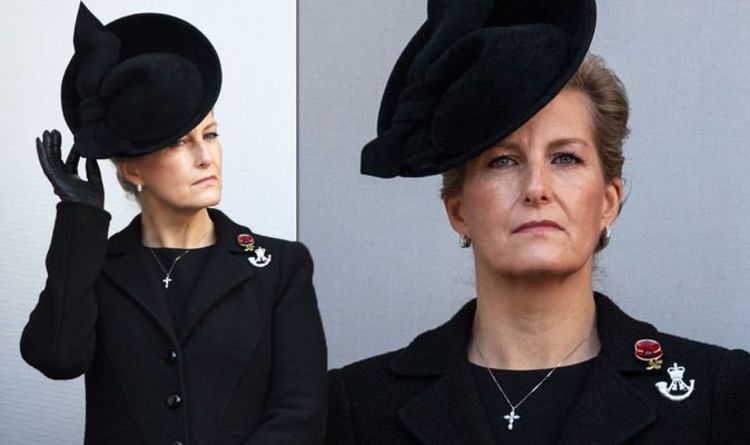 Now Sophie is a key working member of the Royal Family, representing the Queen.

She has a number of important roles in charities and positions in the armed forces.

She attended the Festival of Remembrance in a long back dress, with a black fluffy jacket. On Saturday she wore a black suit jacket and a saucer style fascinator hat.

Sophie wore the same jewellery at the Festival of Remembrance and on Remembrance Sunday, although she switched up her brooch.

Her brooch was the badge of Queen Alexandra’s Royal Army Nursing Corps. The wife of Prince Edward is the Colonel-in-Chief of the nursing branch of the British Army.

To the look she added simple diamond hoops and a diamond cross necklace, a nod to the Royal Family’s link to the Church of England.

READ MORE: Sophie and Edward’s shock decision to make them stand out