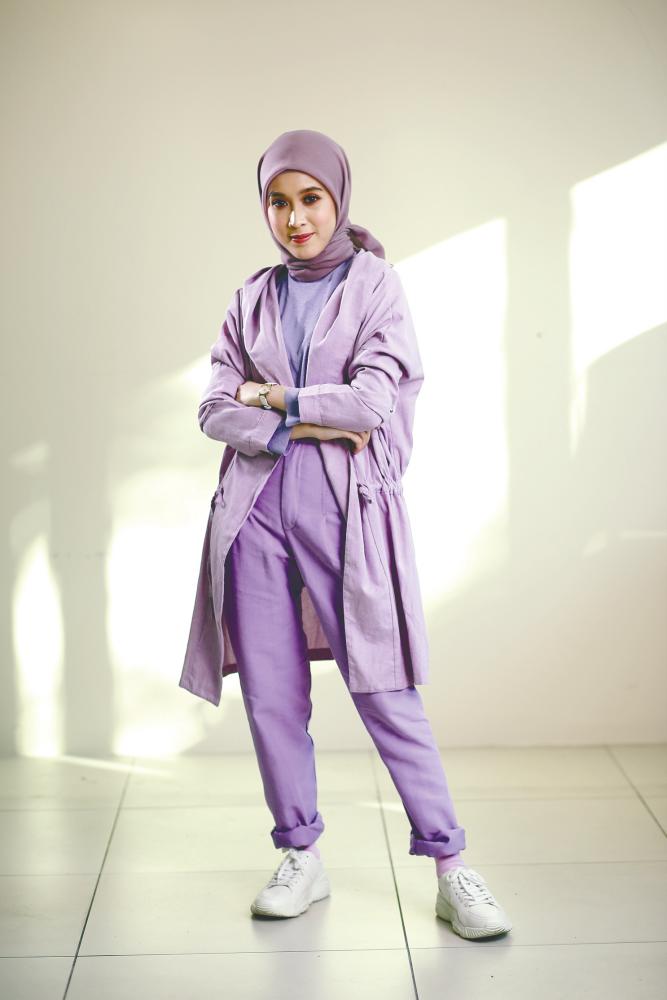 KUCHING-BORN Nur Nabilah Hashimi, better known as Nana Sheme, was a rising star in the music industry with provocative hit singles Boleh Blah and Hantu Atau Buaya. However, she temporarily left the music world to pursue further studies at UiTM.

Now she is back with a new single, Ragu Ragu, which was released in March this year, and she was also featured in the Make It Through musical collaboration with other artistes including Faisal Tahir, Zee Avi and Ayda Jebat.

At the time of our teleconference interview, Nana was still in Kuala Lumpur, but was set to return to her hometown to be with her family for the Hari Raya celebrations.

“I will be quarantined for 14 days and I will be in my house on the fourth or fifth day of Raya,” she said in a matter-of-fact way.

“Even though Raya will be a little bit different this year, it doesn’t mean we won’t be celebrating. It has always been a tradition.

She explained that the reason she put her music career on hold was a very personal one. She had decided to fulfil a promise she made both to her father and her late mother.

“It was quite a tough decision for me,” she admitted. “At that time my career was on the rise, but I took it as my ‘amanah’, or my promise to my late mum. Being the eldest, it was a huge responsibility for me to prove to my siblings that you can juggle between your studies and your hobby. At that time, I took singing as a hobby, and my education became my top priority.

“That doesn’t mean I was totally MIA from the music industry. I just wasn’t taking part in large events. It was hard for me, but at the end of the day, I am happy with my decisions and now I am trying to climb back from zero. But that is okay, it is a learning process, right?”

Making things more challenging for her, her chosen field of study –construction management – is not something one can just breeze through.

“Actually, at that time I was still trying to figure out what I prefer. Both my parents were in the construction industry, and I was trying to build on that (no pun intended).

“I do love what I studied. My dad always said before I got my degree that education should be my career, and singing could be my hobby. Once I got my scroll, it turned the other way round, so now singing is my career and education is my hobby.

“I thought the course was challenging. It was not aligned with my passion, which is music. But towards the end of the course, I really got the hang of it.”

Speaking of Ragu Ragu and Make It Through, which has been popular on YouTube, Nana said: “At the moment I only have access to social media. We can’t go out for radio promos and small shows to promote the song. I am left only with social media and some help from industry friends. At the moment that is just how it is.”

When asked if she plans to do other things besides singing, Nana explained: “I do want to venture into acting, but I think I need to brush up [on my skills] a bit.

Talking about her favourite artistes, Nana said she had many, but zeroed in on one in particular.

“I would say Ayda Jebat. We are under the same music label, but I don’t really get to talk to her. It is just that I have seen her grow from being a graduate of Akademi Fantasia to the big star that she is today. She kind of inspired me to go big or go home.”

In a message to her fans who are celebrating Hari Raya, Nana said: “Hari Raya is going to be different this year. You have to stay at home. We have to learn to live in the moment, we might never know. This could be the first and last time we celebrate Raya this way.