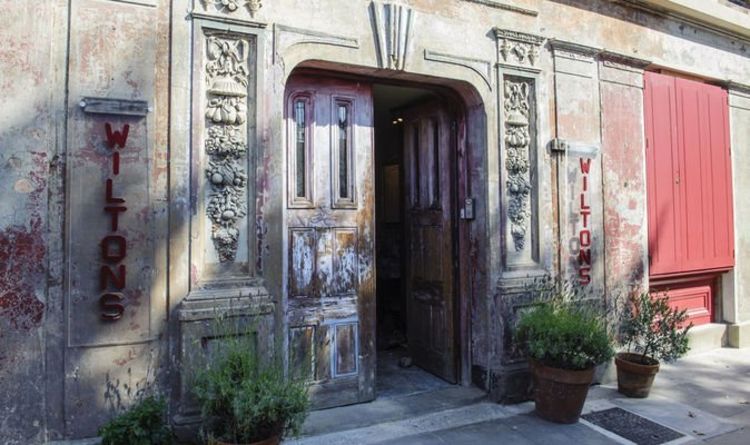 Among them is Germany’s Burg Eltz, a fairy-tale style medieval castle nestled in the hills above the Moselle River that is said to be the blueprint for the palace in Cinderella. The Rock Houses – homes carved straight into the rock amid a wildlife haven in Stourbridge, UK – is also a popular choice.

While the Kiyomizu-dera Temple located in the hillside of Kyoto, Japan – built to honour Kannon, the goddess of mercy – also made the top 20.

The study by Travelzoo also found a fifth of the 1,000 adults polled prefer to visit less known areas because they can experience them without any preconceived ideas.

James Clarke, general manager of Travelzoo UK [https://www.travelzoo.com/uk/], said: “We’re all familiar with those must visit places – the Eiffel Tower, the Leaning Tower of Pisa and so on.

“They are all truly amazing landmarks but there are a growing number of travellers who want to see sights that aren’t quite so well-known.

“Thankfully we are blessed with fantastic landmarks across the globe which are also well worth a visit – and that’s exactly what we wanted to show through this research.”

In addition to the Rock Houses, the UK is also represented by the Minack Theatre, an open-air theatre located on the Cornish shore not far from Land’s End.

Wilton’s Music Hall in London, which is one of the few surviving musical halls, is also among the British locations to make the list.

The Baths of Caracalla in Rome – considered some of the best-preserved ancient buildings from Roman times, and Canada’s CN Tower are other locations travellers are eager to see.

The study also found visiting a particular place can have a profound impact on visitors as a fifth have been moved to tears by the beauty, wonderment or history of some corners of the globe.

And 20 percent even said their entire outlook on life changed after visiting some places.

Another three in 10 have been left speechless and a quarter has completely re-evaluated how they feel about a country.

Eight in 10 believe visiting a country’s landmarks and other areas of significance give you a better understanding of that place’s culture.

Despite the rise of social media and the internet, the study carried out through OnePoll, also found word of mouth is still the biggest inspiration for where those polled choose to visit.

Four in 10 said they rely on recommendations from friends and family, however, a third will depend on Google and a quarter will use guidebooks.

James Clarke added: “Travelzoo exists to provide its members with the inspiration to travel to new and interesting places.

“Visiting the alternative destinations listed in this survey provides a way for travellers to explore unfamiliar cultures and off-the-beaten track landmarks to really gain a deeper understanding of the world.”

1. ALCATRAZ, CALIFORNIA, USA – Former maximum-security prison located on Alcatraz Island in San Francisco Bay, off the coast of California – once home to the country’s most dangerous criminals.

2. CN TOWER, TORONTO, CANADA – A renowned architectural “triumph”, “an engineering Wonder of the Modern World”, offering entertainment and dining with views of the city.

3. THE BATHS OF CARACALLA, ROME – Some of the best-preserved ancient buildings from Roman times.

4. MINACK THEATRE, PORTHCURNO, UK – An open-air theatre, constructed above a gully with a rocky granite outcrop jutting into the sea.

6. THE TENEMENT MUSEUM, NEW YORK – Experience what it was like to live in New York in the 19th and 20th centuries – restored apartments.