The Trump Show finale: What to watch 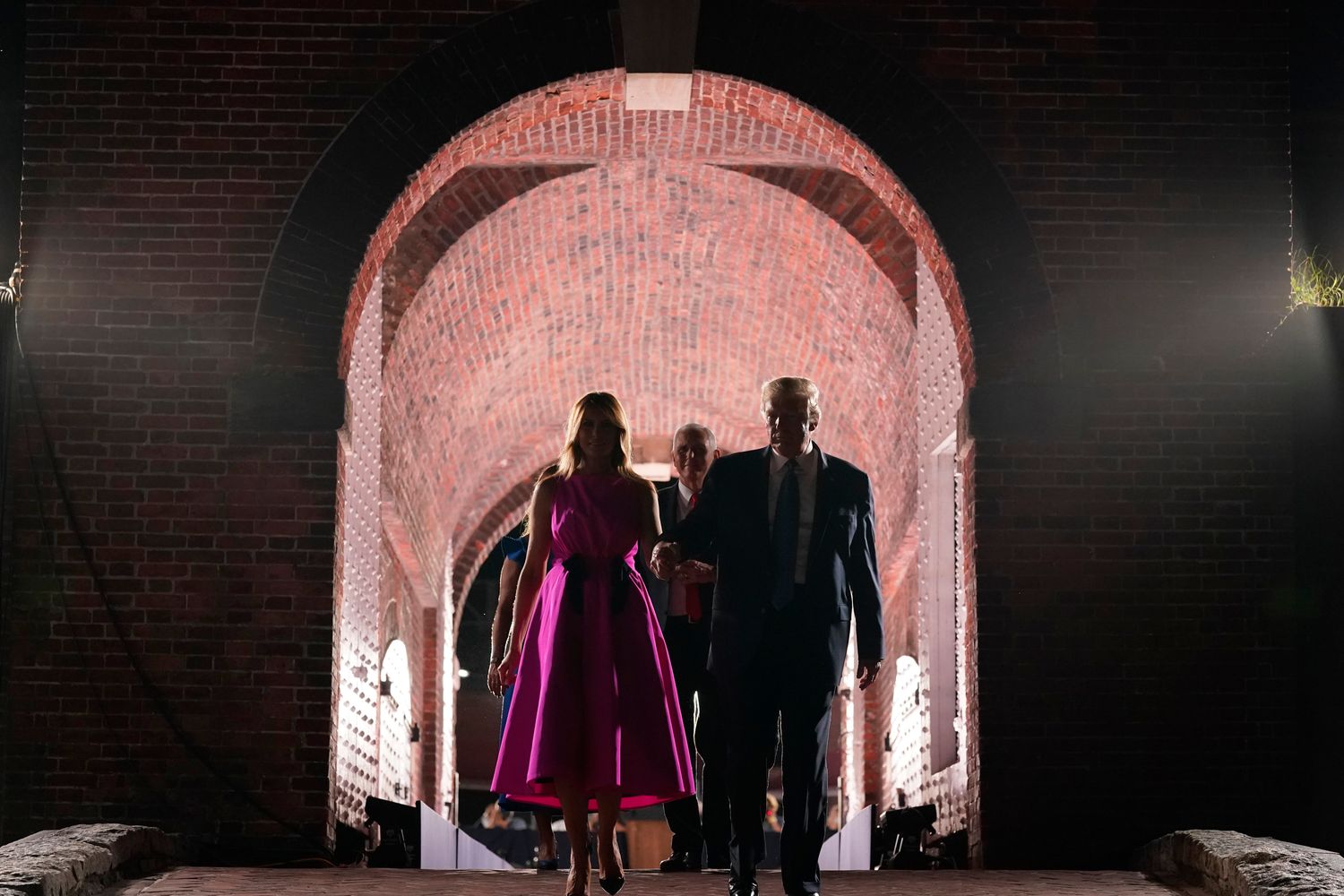 Similarly, there are diminishing returns on any attempt to live off the memories of a pre-coronavirus world. It’s true that Trump was in much better shape back in February — as was the economy and the national bill of health. But it’s also true that Covid-19 has changed the country and the electoral equation in fundamental ways.

A reelection campaign is always going to come down to the question, “Are you better off now than you were four years ago?” Earlier this year, the answer for most voters was probably yes. But today it’s an overwhelming no. To that end, Americans don’t want to hear about how well they were doing back in February; they want to hear about how well they’ll be doing next February.

This has been the Achilles heel of the convention: None of the featured speakers, not even Vice President Mike Pence, have attempted to articulate in concrete terms the value proposition of another four years of Republican rule. It would certainly be a plot twist if Trump, perhaps the least policy-minded president in American history, swooped in and rescued the party in this regard, wrapping the convention with a visionary speech that detailed the ways in which he would improve voters’ lives if given a second term in office.

But that seems unlikely. Trump is going to do what he has done in every big moment since gliding down that gilded escalator in the summer of 2015. He’s going to instigate and exaggerate. He’s going to lift up grievances and put down adversaries. He’s going to tie his message together by driving Americans apart. It ultimately doesn’t matter that his campaign has been disrupted by a global pandemic or that his once-humming economy has been crippled because of it. It ultimately doesn’t matter that he’s down big — because even if he were up big, the message would be the same.

More Black voices than ever

An unprecedented number of Black speakers have already been featured at the 2020 Republican convention, part of a strategy designed to not only chip away at Joe Biden’s huge advantage with Black voters but to defang allegations of racism that have turned many college-educated white voters against President Trump.

It can’t be overstated how unique this effort has been. Never in the GOP’s modern history have Black voices been elevated like at this convention. It remains to be seen whether these sustained attacks on Biden’s racial rhetoric help neutralize Trump’s vulnerability on the issue, but Republicans were smart to have Black surrogates leading this effort instead of the president himself.

Ivanka Trump doesn’t try to go viral like Donald Trump Jr. or go negative like Eric Trump. Nor does she shy away from the spotlight like Tiffany Trump or Barron Trump. If there’s one Trump child who exerts a normal, steadying — if not always consistent — influence on their father, it’s the president’s oldest daughter.

What Ivanka offers behind closed doors — a mature, cosmopolitan attitude of moderation — is not always (or even often) effective at shaping policy. That much is evident in the president’s rhetoric and behavior, let alone his decisions.

And yet, while he may ignore that voice of relative reason in private, Trump is smart enough to know that it sells in public. This is especially true when it comes to the demographic Republicans worry about most: college-educated white women. In trying to connect with these voters, people around the president say, there simply isn’t a Trump surrogate who compares to his oldest daughter.

For the second time, Ivanka will play the important role of introducing her father ahead of his speech at the convention. And for the second time, she will attempt to redefine his rough edges, presenting him as a man who is so caring and compassionate that sometimes his intensity gets the better of him. It’s not clear this strategy will sell — but if someone’s going to try, it might as well be Ivanka.

There’s only one aspiring president of the United States speaking Thursday night — Arkansas Senator Tom Cotton — and it’s no accident that he’s got the stage to himself.

Unlike many Trump allies in Washington, Cotton has no interest in restraining the president. Rather, he wants Trump unleashed, arguing for an even harder line on almost every issue than what the president’s advisers suggest. In this sense, Trump has come to view Cotton, perhaps more than any other Republican elected official, as a potential heir apparent to the MAGA empire, someone who understands the conservative base and believes in his bones the nationalism Trump preaches.

Cotton’s chief liability is charisma — to be precise, he doesn’t have any. This much has been clear throughout his rise on Capitol Hill. That said, 99 percent of Americans have never seen or heard Cotton during that time. This is his first impression on millions and millions of voters ahead of an almost-certain presidential campaign four years from now. The substance of Cotton’s speech matters, but arguably more important to his national future is the way he presents. He’s spent the past few years in training, working with top Republican consultants to refine his style and inject some life into his delivery. Tonight will be remembered as the launch of the next phase of his career — for better or worse.