The UK could have highest death toll in Europe, leading... 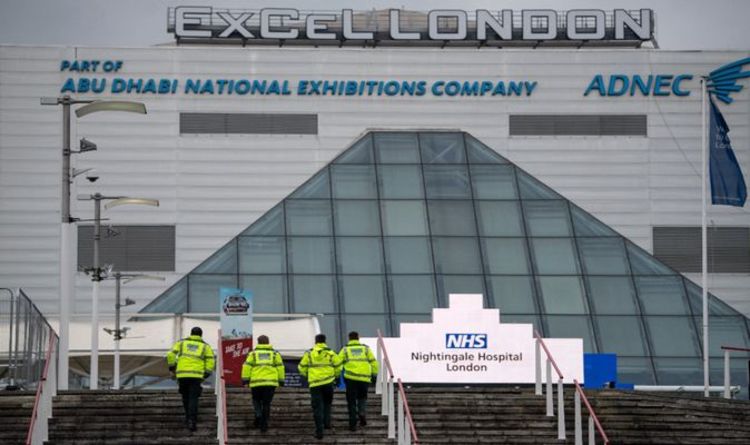 Sir Jeremy Farrar, director of the Wellcome Trust, said ramping up testing would “buy you time” to allow the NHS to deal with the crisis. He added that there were “lessons to be learned from that”.

The confirmed death toll as of Easter Sunday is 10,612, after a further 737 people lost their lives to the disease.

The UK has seen nearly 1,000 new deaths in each of the last two days, matching the daily death toll of some of the hardest-hit countries in Europe – Italy and Spain.

The two countries are only behind the United States in their reported death figures.

Business Secretary Alok Sharma struggled to answer when Sir Jeremy’s findings were presented to him on the BBC’s Andrew Marr show.

He did not directly answer when asked if he agreed Britain could be one of the hardest-hit countries in Europe.

He said: “Different countries are at different stages of this cycle,”

“We are at different trajectories.

“What we have done with the advice that we have now set out to people, to stay at home, is precisely because we want to make sure that we have a flattening of the curve, that infection rates aren’t going up, and ultimately people’s lives are being saved.”

“And yes, the UK is likely to be certainly one of the worst, if not the worst affected country in Europe.”

He added that testing people would buy the health care time, giving them an extra six to eight weeks to stay within reasonable capacity.

“Undoubtedly there are lessons to learn from that,” Sir Jeremy said.

Scientists from the University of Oxford suggested a vaccine could be ready by the spring.

Of the possibility of a vaccine becoming available, Sir Jeremy said: “It is my view that treatment and vaccines are our only true exit strategy from this.

“We are determined that we don’t go through this ever again and I think the chances of second and third waves of this epidemic are probably inevitable.