The virus slams into a broken Washington 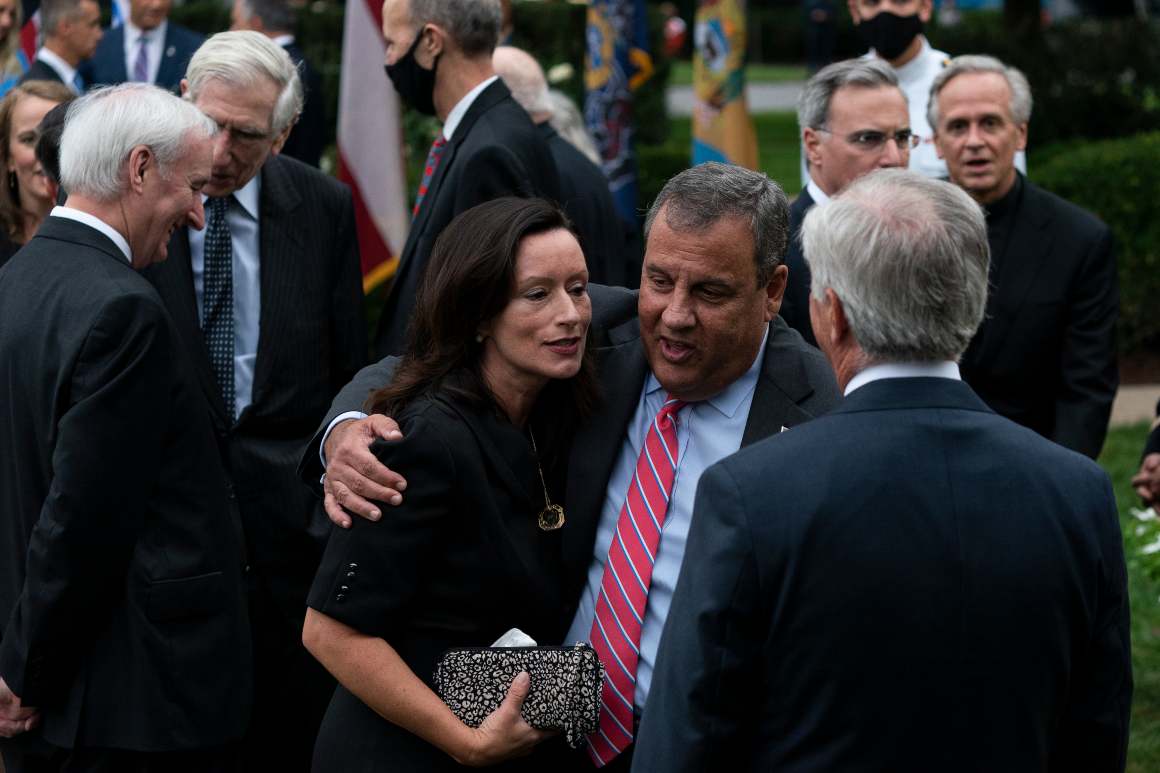 One month before Election Day, with ballots already being cast, President Donald Trump is in a military hospital, where he will remain for days, being treated for Covid-19, a disease that’s particularly dangerous for people of his age and weight. His physician Saturday morning said he’s doing well and is fever free, but declined to say when precisely he was diagnosed, how long he expects him to be in the hospital. Asked if the president was ever on supplemental oxygen, he was evasive.

Then, minutes later, a “source familiar with the president’s health” told a White House pool reporter this: “The president’s vitals over the last 24 hours were very concerning and the next 48 hours will be critical in terms of his care. We’re still not on a clear path to a full recovery.”

The public is being given conflicting messages about the commander in chief’s health, fueling speculation and sowing confusion.

It’s not only the president who is ill: His campaign manager Bill Stepien, informal adviser Kellyanne Conway, the Republican Party chair Ronna McDaniel and Chris Christie, who advises the president, have all tested positive. The disease is rippling through the president’s innermost circle.

The coronavirus is also coursing through the United States Capitol, the power center and beating heart of American democracy. Three Republican senators — Mike Lee of Utah, Ron Johnson of Wisconsin and Thom Tillis of North Carolina — have tested positive. Sens. James Lankford of Oklahoma and Ben Sasse of Nebraska are quarantining themselves as a precaution.

Congress has been unable to agree on the size and shape of a new relief package, even as the economy throws off continued signs of distress. Airlines are on the brink of firing tens of thousands of workers, businesses are shutting their doors and state and local governments are starving for cash. Yet Congress may not be able to stop that. The leaders are at loggerheads over a rescue package. Even if they come to a deal, will the legislature be able to approve it if lawmakers are ill?

The Senate will now likely to take the next 16 days off, hoping to rid the virus from its ranks — but pushing the already confirmation of a new Supreme Court justice closer to Election Day.

Senators sit next to each other at lunch, frequently lower their masks on the Senate floor and fly back and forth to D.C. each week. More infections seem inevitable.

The Capitol is filled with Republican lawmakers who decline to wear masks, ignoring nearly universally accepted scientific evidence that it prevents the spread of this disease. For example, Rep. Ralph Norman of South Carolina was on the street on Friday with no face covering, talking to a small group of people. Rep. Doug LaMalfa was strolling through the rotunda with two women earlier this week bare faced. Sen. Rand Paul (R-Ky.) — who had the coronavirus — doesn’t wear a mask. Sen. Jerry Moran (R-Kan.) was chatting on the Senate floor earlier this week with nothing covering his face.

On the other side of Pennsylvania Avenue, Mark Meadows, the president’s chief of staff, conceded that the public should be prepared for more positive results in the White House in the coming days.

Congressional leaders — Republican Sen. Mitch McConnell of Kentucky and Democratic House Speaker Nancy Pelosi of California — have stubbornly refused to mandate testing for members of Congress, or punish people who don’t wear masks, leaving hundreds of lawmakers, aides, reporters and Capitol workers susceptible to a virus without a cure. They first said it was insensitive, since Americans couldn’t get tests. They privately said the politics would be too tricky. Either way, the Capitol has the potential to be a super spreader event every single day.

Washington’s dysfunction often has scant impact on the rest of the country, but this time the real-world implications are massive. Will the Senate be able to confirm Judge Amy Coney Barrett to the Supreme Court in three weeks? Or will Covid prevent McConnell from filling Ruth Bader Ginsberg’s seat, raising the specter of a deadlocked high court in the aftermath of a disputed election?

There are 470 federal elections this November, and they will be conducted in a country where the death count from coronavirus is 208,779. The president and his Republican allies have spent months suggesting the balloting would be riddled by fraud and corrupted by his opponents. Now, there’s a likelihood that the president and his party will have to wrap up election season from the sidelines.