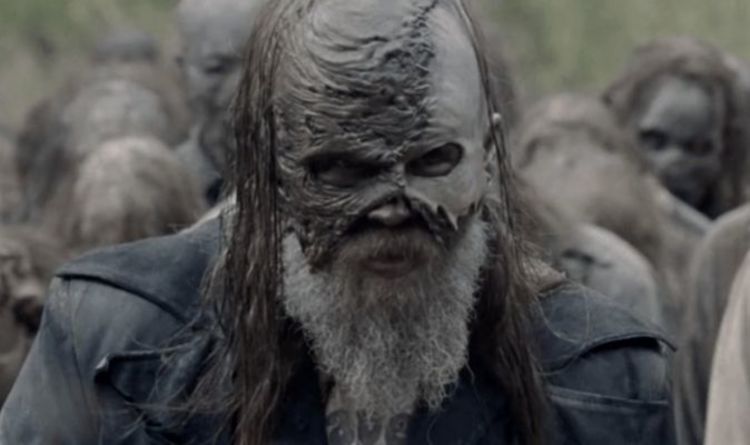 Eugene (Josh McDermitt), Ezekiel (Khary Payton) and Yumiko (Eleanor Matsuura) are introduced to Princess and attempt to figure out her eccentric personality.

Meanwhile, Beta (Ryan Hurst) is left to fend for himself after the death of his Whisperer superior, Alpha (Samantha Morton).

Hearing voices in his head, Beta heads to the hospital where the majority of the Alexandrian survivors have managed to flee.

As Beta struggles to maintain his sanity after the death of his leader, some fans have spotted a glaring error with his new look.