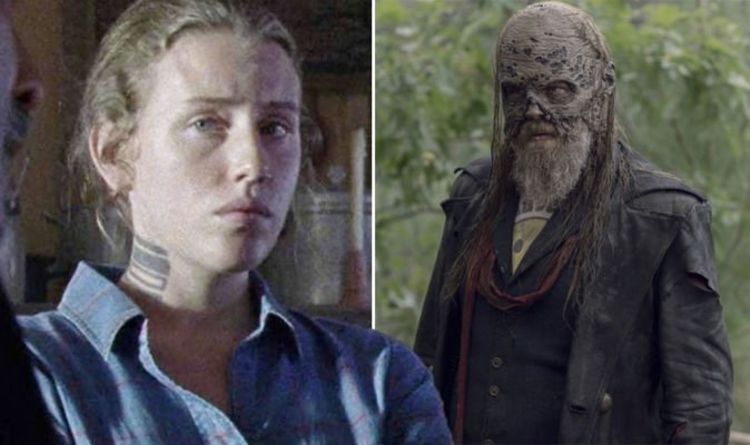 Ever since she joined the group at Alexandria following the defeat of the Saviours, Laura (played by Lindsley Register) had proven herself to be an integral part of the community. So much so, The Walking Dead fans had certainly warmed to Laura over her 20 appearances on AMC, watching her redemption arc take her from a murderous and brainwashed member of Negan’s (Jeffrey Dean Morgan) army to a key part of the Militia. Therefore, her death at the hands of Beta (Ryan Hurst) was always going to be tough to take.

Laura’s death came in season 10, episode 10, titled Stalker after Beta had infiltrated Alexandria and killed those in his path.

While the AMC horror is no stranger to killing off recognisable characters, several The Walking Dead fans were rather disappointed with Laura’s death, feeling it wasn’t worthy of a character who had appeared in nearly two dozen episodes.

Beta killed Laura by throwing her against the walls of the Alexandria cell, breaking her neck in the process.

Laura’s final scene not only left TWD fans wondering if she was actually dead thanks to its ambiguity but it also left actor Lindsley admitting it “tough” to see her character bow out in such a fashion.

Lindsley took to Twitter following the episode and tweeted to her fans: “Thanks for sending love. It’s tough closing this chapter.”

While the nature of her demise may have disheartened Lindsley, she revealed to the Independent her send-off wasn’t actually in the script.

In fact, by the sounds of it, Laura actually got a lot more screen time than intended for her swan song.

The TWD star diplomatically began: “I was thrilled to die fighting one of the scariest villains we’ve had on the show so far,”

In standard Walking Dead, violent fashion, Lindsley revealed: “It said that Beta reaches and picks Laura up like a hacksaw and swings her around so her head bounces off each cell bar.”

Laura’s arc saw her transform from a trusted servant to Negan and the Saviours to a smart, fierce and devoted fighter for Alexandria and the surviving community.

And while her character’s development captivated TWD viewers, Lindsley admitted she’d have liked “more” from Laura.

She said: “Obviously I wanted more for Laura – I would have loved to see more – but I know that when she moved to Alexandria, she did become more of a secondary character,”