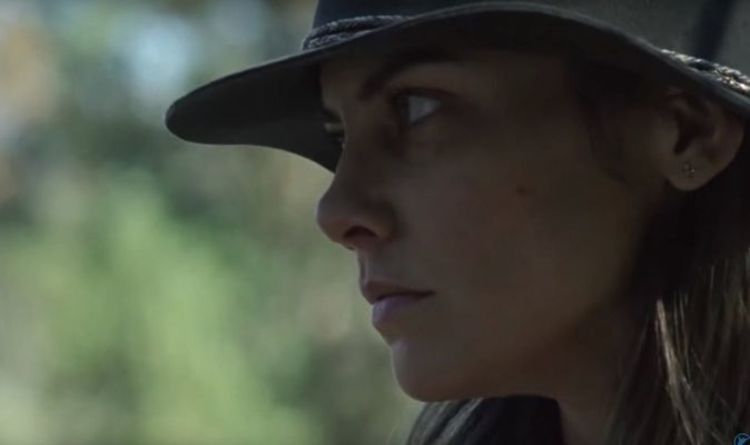 Now the future of AMC’s epic horror series is uncertain, fans have been desperately waiting for news indicating the highly anticipated return of The Walking Dead. Thankfully, the series’ showrunner has recently addressed the ongoing delay to season 10.

Comic book readers and TV fans alike have been gripped by the latest season of The Walking Dead.

The long-running horror saga recently aired what may be the last episode of season 10 for some time, as The Tower teased fans with some huge cliffhangers when it aired on April 5.

Much anticipated elements of Robert Kirkman’s sprawling original comic book series have just been introduced during the later episodes of the current season.

Unfortunately, the epic finale, including the dramatic return of fan favourite Maggie (played by Lauren Cohan) was put on hold as the coronavirus pandemic stalled post-production for the series.

As everything was lining up for an epic battle between the Hilltop survivors and Beta’s (Ryan Hurst) army of walkers and Whisperers, devoted viewers were disappointed when AMC revealed the finale would be subject to a significant delay.

Thankfully, current showrunner for the series Angela Kang has broken TWD’s silence and gave some fans some much needed good news in an interview with ComicBook.com.

She confirmed that, although the finale had not been completed, fans won’t be waiting for much longer after current social distancing restrictions are finally lifted to see the new episode.

Angela said: “We usually deliver the episodes for a big effects-heavy episode about two weeks before we air. We were about a week and a half out at the point which California shut down.”

Although filming for the episode had wrapped, post-production for a series like TWD is a major undertaking of visual effects, sound mixing and editing.

The showrunner continued: “I think actually, by the time the world is safe for people to start venturing out, probably all of the effects will be done, and then it’s just a handful of processes and it can be turned around very, very quickly.”

Although the writer was not able to confirm a release date for the episode, her comments indicate episode 16, A Certain Doom, will air on AMC very shortly after the coronavirus lockdown reaches its end.

Angela took on showrunning duties for season nine of the zombie epic, and will continue the role into season 11.

Despite having some mixed responses from fans during the middle of the series’ tenure on AMC, Angela’s ongoing run has been praised as a return to form for TWD.

The ongoing pandemic has caused uncertainty amongst fan communities after several US series have been forced to reconsider their production schedule.

Thankfully, The Walking Dead is a well-established and highly popular show for AMC, and Angela Kang was able to confirm the writing staff were still moving straight ahead with the scripts for season 11.

She added: “Actually, we’re continuing to work on the future season remotely. Writing, I think, is the easiest process to do remotely, and even that is a little… It’s tricky.