The Walking Dead season 10 theories: Rick Grimes has been spying on Judith – here's how 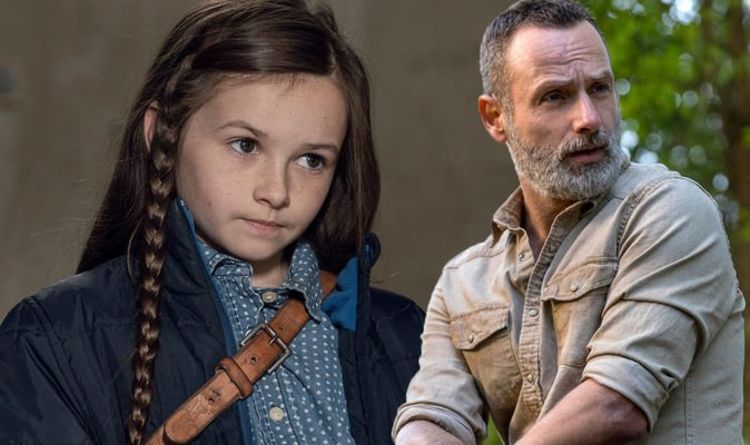 The Walking Dead fans were a little upset to see the exit of Michonne (played by Danai Gurira) in season 10, episode 13 of the hit AMC horror. After spending a number of years with the group, Michonne decided to go her own way in order to track down her long-lost beau Rick Grimes (Andrew Lincoln).

Viewers will of course remember Rick left the show back in season nine, episode five after he suffered a huge wound at the hands of a horde of walkers.

But luckily for him, he was shipped off to an unknown location in a helicopter.

While fans have not yet seen who took Rick, or indeed why, it looks like he may not have travelled to far afield.

During Michonne’s last episode, she stumbled across a collection of Rick’s possessions.

While these belongings included things such as his boots, it also included an iPhone with some drawings on it.

Included in these scribblings was some Japanese words – which roughly translated to “believe a little longer” – and a sketch of Judith Grimes (Cailey Fleming).

However, the drawing of Judith was of her in recent years, as a pre-teen.

As fans will remember, Rick left the show back in season nine, before a huge time jump.

If that is the case, it would certainly explain why the drawing of Judith was of her in recent years.

On the other hand, could Rick’s drawing of his daughter have been a huge plot hole?

Of course, it would certainly be easier for viewers to realise who Rick had drawn by likening it to current Judith actor Cailey Fleming.

If Rick had instead drawn former Judith actor Kinsley Isla Dillon, viewers may have not realised who she was, therefore, forcing the TV show to make the drawing current Judith instead.