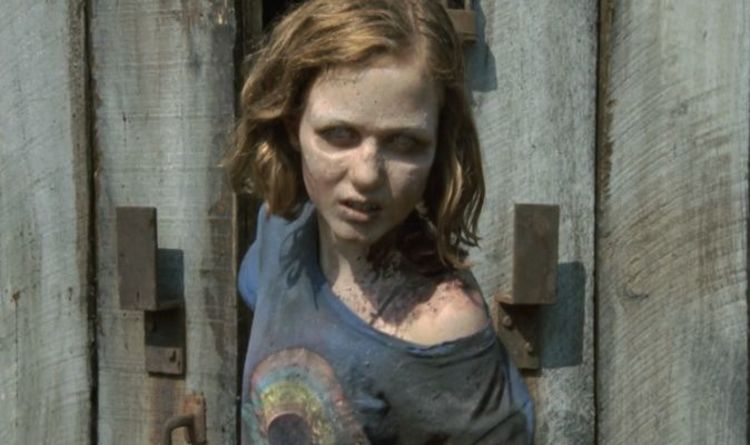 One former star of AMC’s epic zombie drama recently revealed they expected their time on the show to last a lot longer. The Walking Dead’s Madison Lintz confirmed her character’s nasty fate came as a huge surprise back in season 2.

Although AMC’s zombie saga has remained fairly faithful to the overall story of Robert Kirkman’s long-running comic series, there have been some glaring departures.

For example, long-running character Carol (Melissa McBride) has stuck around for far longer than her comic counterpart, initially imagined as a throwaway survivor in Kirkman’s earlier instalments.

Despite Carol remaining in the show to become one of the most morally ambiguous presences on TWD, her daughter Sophia (Madison Lintz) didn’t fare quite so well.

The 20-year-old star first made her appearance as Sophia during season one, but spent much of her tenure missing from the rest of the group.

READ MORE: Walking Dead: What happened to Magna? Will Magna be in the finale?

Rick Grimes (Andrew Lincoln) and the rest of the team’s extended hunt for Sophia in season two of The Walking Dead was seen as a misstep by fans, especially since the storyline never appeared in Kirkman’s comics.

Speaking to the Talk Dead to Me podcast, Sophia star Madison Lintz revealed how Sophia’s fate in the comics led her to believe she would be appearing in far more than eight episodes of TWD.

Madison said: “I honestly thought that I was in [more of the second season]. I thought I was not going to die, because I was still alive in the comics.”

After a lengthy build-up, Sophia was eventually revealed to have been bitten by a walker in the midseason finale, Pretty Much Dead Already.

However, Sophia outlives her mother in the original comic books, even becoming a surrogate daughter for Glenn (Steven Yeun) and Maggie (Lauren Cohan) and marrying Rick’s son, Carl (Chandler Riggs).

This meant Sophia’s shocking reveal as a recently bitten walker in season two came as just a surprise to Madison as it did to TWD’s fans.

The star continued: “So I’m like, ‘I’m fine, it’s totally fine’. And then [executive producer] Gale Anne Hurd ended up calling my mum about a month before I shot the scene and told us the news.

“Of course it was so sad because that show was so awesome to be on, but [Hurd] really explained to us the emotional leverage it was going to have, and so I was definitely obviously sad, but very excited about shooting that scene.”

Despite the harrowing TV twist, Madison remains positive about her short-lived role on the iconic post-apocalyptic franchise.

Reflecting on Sophia’s death, she added: “As far as deaths go on the show, I think Sophia got a pretty damn good one.”

Even though the lengthy hunt for Sophia was seen as a drag for some fans, her grisly fate as a walker was well-received, and went on to inform the inner turmoil of her mother, Carol, throughout later seasons.