The week that shook the Trump campaign 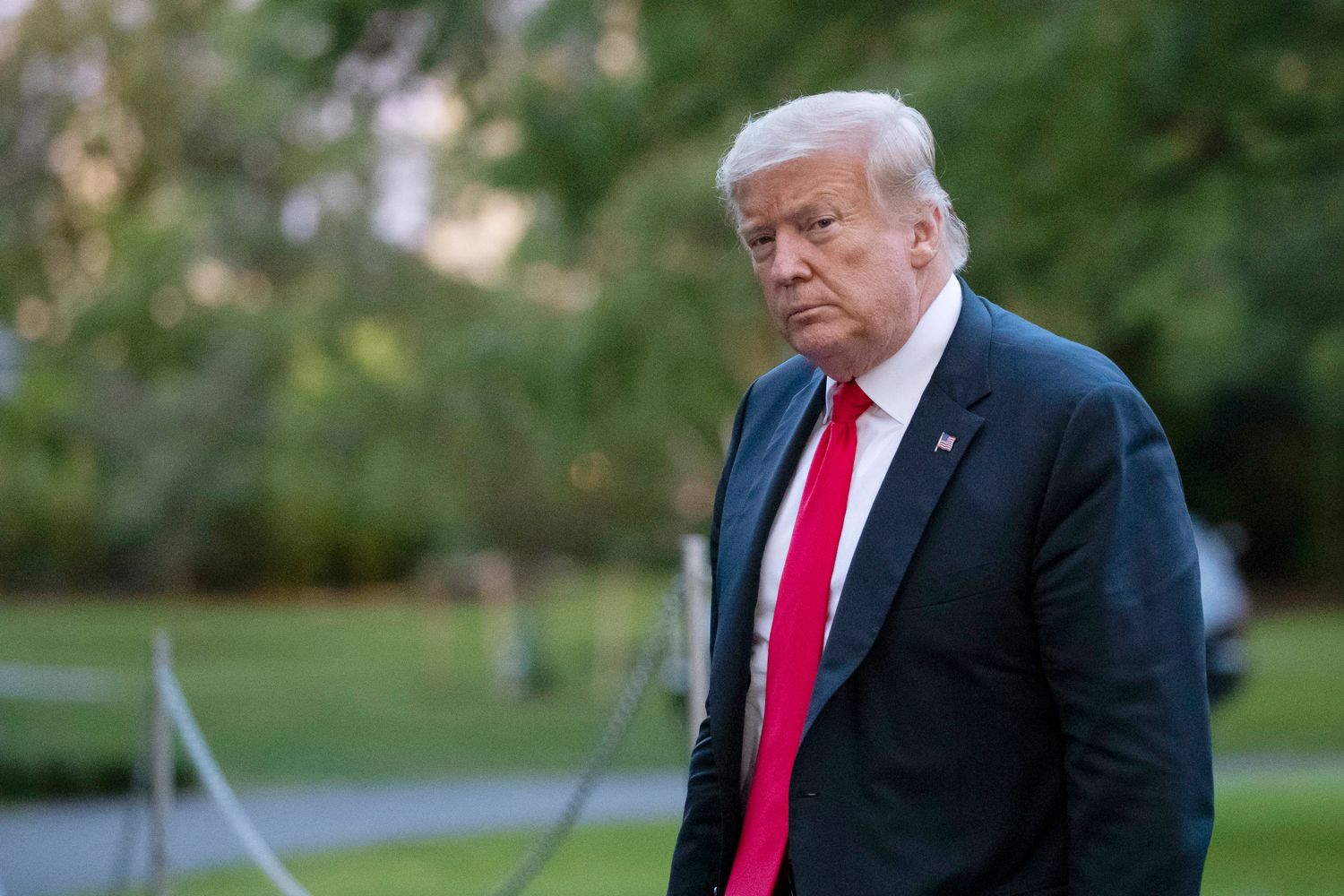 Most notably, Trump son-in-law Jared Kushner asserted further control over the campaign, a move that led to the abrupt demotion of one of Trump’s longest-serving political aides. The internal moves, however, did little to assuage skeptics who say Trump’s problems can be fixed only by the candidate himself.

Namely, they say, Trump needs a message and to show some discipline in delivering it.

“I’d say Republicans are feeling anxious, and there’s a real sense of urgency for the president to precisely define his second term agenda. What are we running on? His answers on that have been lacking and he needs to show people why he wants four more years,” said Scott Jennings, a top political adviser in the George W. Bush White House.

Trump had been scheduled to spend last weekend at his Bedminster golf course but at the last moment chose to remain in Washington. He spent part of his time fielding calls from worried confidants.

Aides said they detected a noticeable change in his mindset and a sudden alertness that he was losing. Trump spent four hours in campaign-related meetings Wednesday, when he was briefed on the campaign’s digital efforts as well as his standing in several battleground states. He also spoke with Senate Majority Leader Mitch McConnell (R-Ky.) and House Minority Leader Kevin McCarthy (R-Calif.) about congressional races.

Kushner — whose wide-ranging portfolio already includes everything from Middle East policy to the coronavirus response — involved himself in the minute details of the campaign, including the drafting of an updated budget.

Perhaps the biggest surprise came Monday, when Kushner ally Jeff DeWit walked into the office of the campaign’s chief operating officer, Michael Glassner. According to two people familiar with what transpired, DeWit, a former Arizona treasurer and veteran of Trump’s 2016 campaign, told Glassner he was replacing him and taking his title and office. When Glassner asked DeWit if he was acting with Kushner’s authority, DeWit said yes.

Another person disputed that Kushner ever came up in the conversation and said the interaction was far more amicable. DeWit, this person said, simply informed Glassner that some changes were being made and that the campaign wanted him to serve in a different capacity.

Aides said Glassner’s demotion was a result of the president’s disastrous June 20 rally in Tulsa, Okla., where thousands of seats sat empty. While Glassner arranged logistics for Trump’s rallies, some aides said it was unfair to hold him responsible for failing to fill the arena. Other Trump officials said the plan was always to remove Glassner as the race headed into the final months.

The next day, DeWit went to the Republican National Committee’s Capitol Hill headquarters to go over budgeting and ask questions about finances. But party officials left the meeting annoyed and feeling that he didn’t understand the basics of campaign spending, according to a person familiar with what took place.

Another person briefed on the meeting disputed the notion that DeWit, who held the title of chief operating officer in the 2016 campaign, wasn’t familiar with campaign finances. They said he was trying to verify that the committee was providing the reelection campaign with an accurate read on how it was spending money.

DeWit called Glassner “a great and valued member of our team” who would be “taking on additional responsibilities.”

“He’s also a great friend, and we still work together daily in our jobs,” DeWit added.

DeWit also said he was “looking forward to again working with the RNC,” adding, “We had a great meeting and I think we’re all on the same page in wanting to use our resources as effectively as possible to win.”

The campaign made other moves this week. On Thursday, it announced it was rehiring veteran GOP operative Susie Wiles to oversee Trump’s operation in Florida, where polls show him trailing. Last year, the campaign cut ties with Wiles, who played a key role in Trump’s 2016 Florida win, after she clashed with Republican Gov. Ron DeSantis. The governor was given a heads-up about the Wiles move prior to its announcement.

Trump aides insist the campaign is stable — especially compared with the chaotic 2016 effort — and that campaign manager Brad Parscale remains on solid footing. On Wednesday, the president’s operation announced it had raised $ 131 million during the second quarter. While the amount was $ 10 million less than Democrats collected, it’s still likely to give the reelection effort a massive cash-on-hand lead heading into the final stretch.

“The enthusiasm behind President Trump’s reelection is undeniable,” said Trump campaign spokesman Tim Murtaugh. “He continues to smash fundraising records, he received unprecedented vote totals in GOP primaries, and he is leading the economic comeback already underway. The campaign is well-positioned to win and has the resources to do it.”

Yet allies are continuing to speak out. Republican strategist Karl Rove, who has been informally advising Trump’s campaign, took to the pages of The Wall Street Journal on Thursday to warn the president was in need of a “reset” and urged him to lay out a second-term agenda, which Trump hasn’t done.

There are also nuts-and-bolts questions about how Trump will campaign. Nearly two weeks after the Tulsa event, the campaign has yet to announce plans to proceed with rallies, a favorite venue for Trump. The coronavirus pandemic is limiting where he can hold rallies, and two people close to the campaign confirmed a report that an expected upcoming Alabama rally had been scrapped.

There are also complaints about personnel. Some Republicans said only a handful of aides have Trump’s ear, that it’s too hard to get competing views to the president and that he’s too tightly controlled by a small group of political aides. While the 2016 campaign was free-flowing, they argue, the 2020 version is far more rigid. Concerns have been raised to Trump that those outside his immediate circle of campaign aides are struggling to reach him.

To others, though, it’s less about personnel and more about Trump. After an unfocused first half of the year that lacked a clear and coherent message, they said it’s up to the president to figure out how he wants to sell voters on another four years.

“If beating up Biden is his strategy, go do it. If selling his plans to get the country moving again, focus all on that plan,” said Ed Rollins, a veteran GOP strategist who helps to oversee a pro-Trump super PAC. “He needs to be committed to whatever he’s most comfortable with and get it on. Take the challenge from Biden seriously and run like you’re losing until the day after the election.”