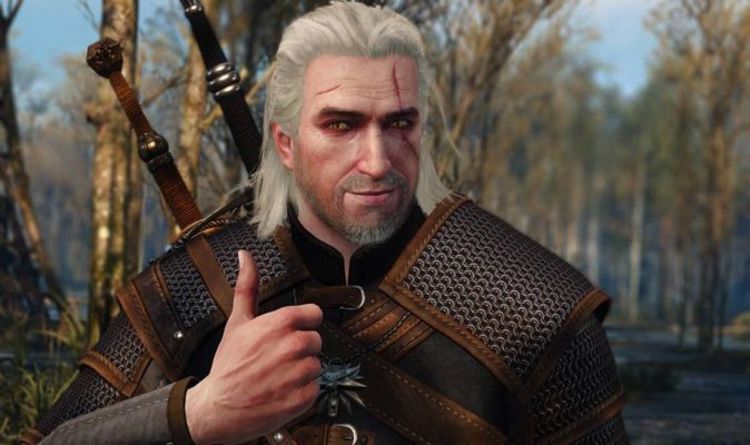 If you enjoyed The Witcher on Netflix and would like to revisit the world of Geralt of Rivia, then you're in luck.

If you want to see where it began for Geralt - before he was a TV character, that is - then you can grab The Witcher 3 at a rock bottom price.

Whether you're playing on Xbox One or PS4, The Witcher 3 is available in Microsoft and Sony sales.

It's even cheaper on Xbox One, where The Witcher 3 Game of the Year Edition costs just £10.99.

If you've got an Xbox One and want to go even further back in Geralt's history, you can even grab the backwards compatible Witcher 2 - although sadly it's not in the sale.

The Witcher 3 may have launched almost five years ago, but it's still one of the best looking games of the generation.

It's also got some of the best quests, locations and characters, provided you don't mind a bit of bad language.

"In The Witcher, you are a professional monster hunter tasked with finding a child of prophecy in a vast open world rich with merchant cities, dangerous mountain passes, and forgotten caverns to explore."

It all takes place in a "morally indifferent" fantasy world, which just so happens to be absolutely huge.

The story revolves around Geralt's quest to find the "Child of Prophecy", although it's often the side quests that are the most enjoyable.

The Game of the Year Edition also has the added bonus of containing both major Witcher 3 expansions.

This includes Hearts of Stone, where Geralt must pit his wits against an immortal bandit named Olgierd von Everec.

Even better is Blood and Wine, where Geralt travels to a brand new location for his "last great contract".

"Welcome to the land of summer, a remote valley untouched by war," reads the Blood and Wine description.

"The land of wandering knights, noble ladies and magnificent wineries.

"What better time to visit than now, when this kingdom of virtue is torn apart by a series of savage massacres! Geralt of Rivia, a legendary monster slayer, takes on his last great contract. Blood and Wine offers over 20 hours of adventure, where beauty clashes with horror, and love dances with deceit."