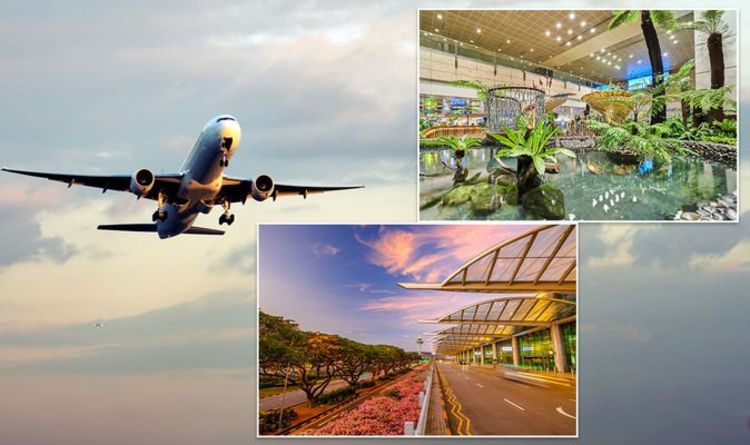 Although air travel is on hold for the time being, Skytrax has revealed its annual round-up of the best airports in the world. The top 100 airports were voted for by international travellers, and offer an insight into which flight hubs are leading the way, with one crowned the “world’s best airport”.

For the eighth year running, Singapore’s Changi Airport took the top spot thanks to its customer service and an impressive array of amenities.

It was followed by Tokyo Haneda Airport and Doha’s Hamad International Airport, which took second and third place respectively.

However, though no UK flight hubs made it to the top 10, Heathrow wasn’t far off, being voted the 12th best airport in the world.

The airport, though currently running at minimal capacity, is currently one of the first in the UK to trial new measures to detect COVID-19 in passengers.

It is hoped they will help boost safety for staff and passengers in the future.

Airports were ranked on a number of metrics, including cleanliness of floors, security areas, washrooms, seating areas, and fingerprint/access points.

The awards ceremony, which should have taken place on April 1, was cancelled amid the coronavirus pandemic.

Instead, the awards were presented virtually on May 10, with the winning airport crowned via a live Youtube ceremony.

“Having deferred the award announcements for nearly six weeks, we felt it was now right to try and bring some cheer into the airport industry in these difficult times,” said Edward Plaisted, CEO of Skytrax, in a statement.

Mr Lee Seow Hiang, Chief Executive Officer of Changi Airport Group said: “Changi Airport is humbled to receive this affirmation from our travellers, made possible by the strong support from our airport partners. This has been a challenging year for all us.

“Like everyone else, here at Changi, we continue to do our best to safeguard and protect the health of our travellers, our visitors and our airport workers.

“We wish everyone in the international aviation community well. Let’s look forward to better times and soon.”

Mr Edward Plaisted, CEO of Skytrax added: “For Singapore Changi Airport to be voted the World’s Best Airport title for eight consecutive years is a truly remarkable achievement and demonstrates a simply fantastic level of consistency.

Singapore Changi Airport remains a very popular choice with customers and delights at nearly all points in the airport journey, and it is this attention to detail that proves so popular.”