'The Worst Is Not Behind Us': California Wildfires Continue To Burn 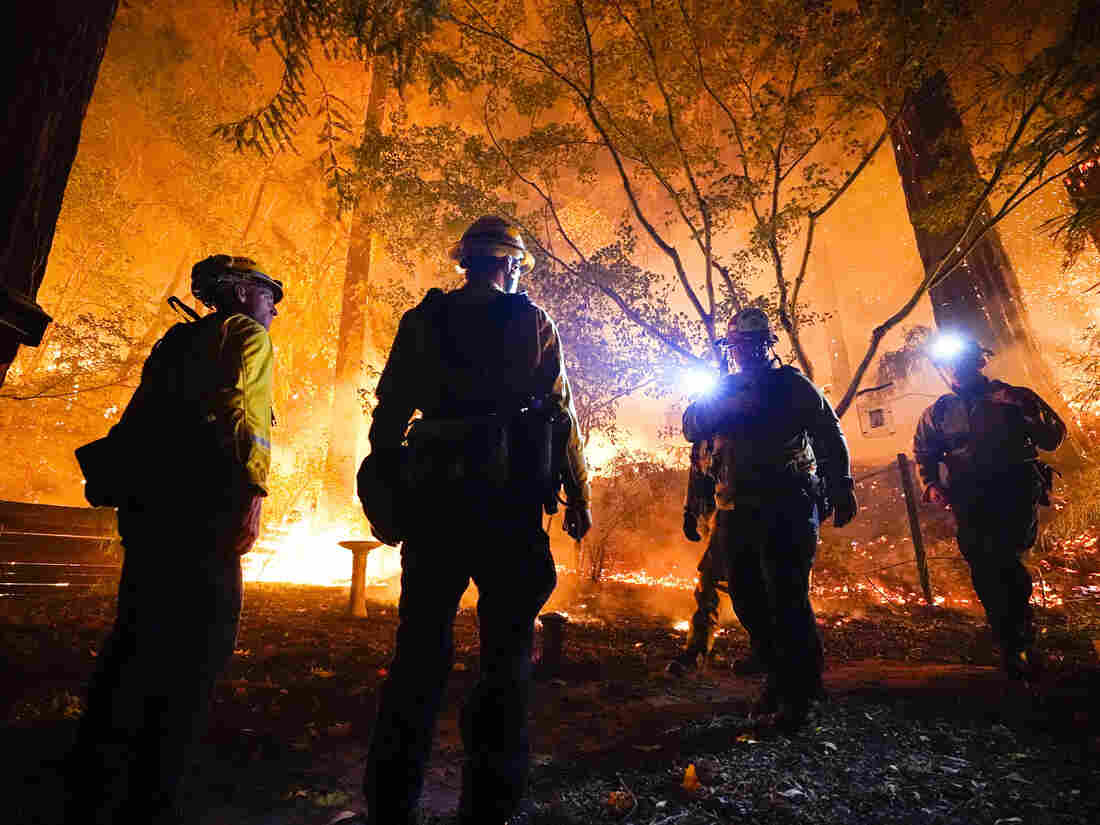 Firefighters make a stand in the backyard of a home in front of the advancing C.Z.U. Lightning Complex fire on Friday. California is seeing some of the worst first in the state’s history. Marcio Jose Sanchez/AP hide caption 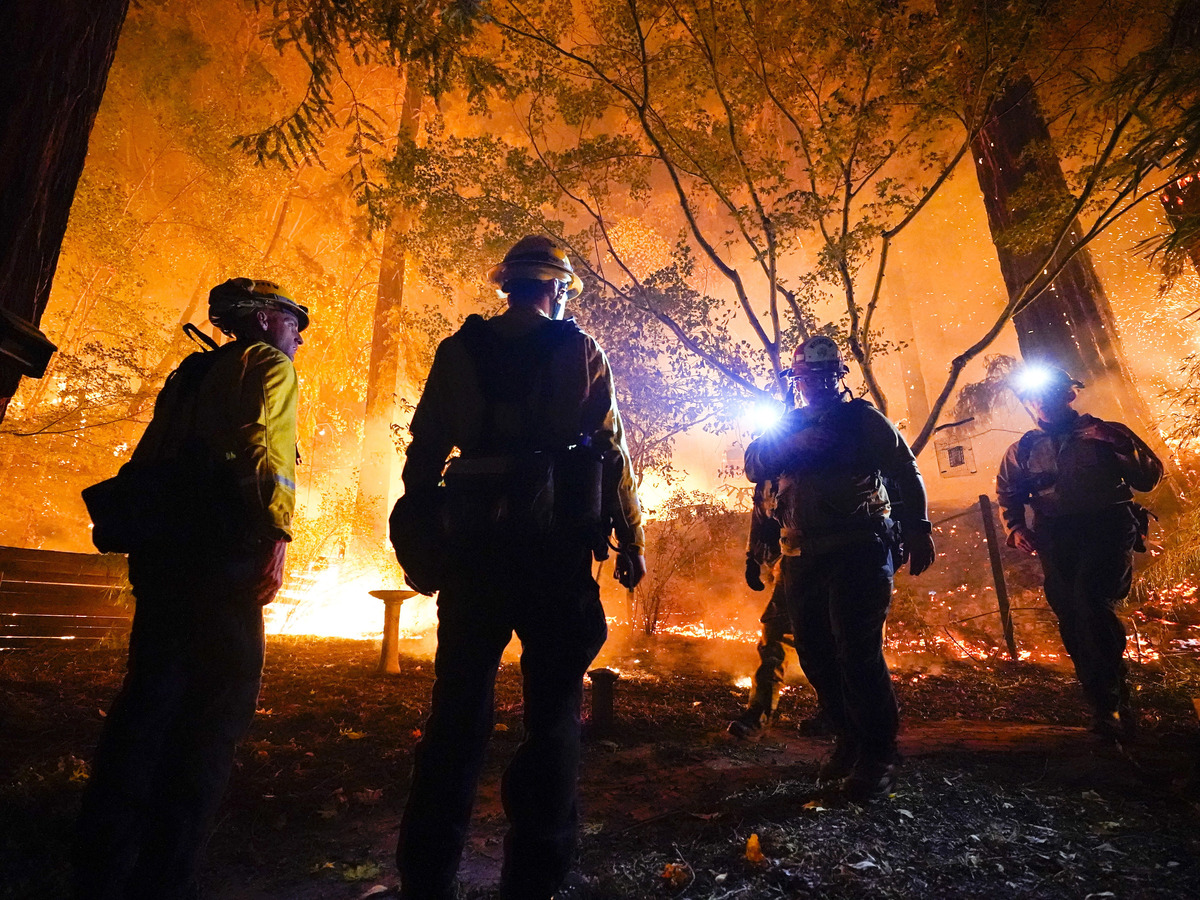 Firefighters make a stand in the backyard of a home in front of the advancing C.Z.U. Lightning Complex fire on Friday. California is seeing some of the worst first in the state’s history.

Hundreds of buildings have been destroyed, thousands of acres of land have been scorched and at least six people have died in one of the worst series of wildfires in California’s history.

More than 13,700 firefighters are battling nearly two dozen major fires throughout the state, fire officials said Saturday. Five broad areas of the state are on fire, and the largest blazes remain mostly uncontained.

“The worst is not behind us,” tweeted Thom Porter, chief of Cal Fire, the state’s firefighting agency. “We are in a battle rhythm. New lightning activity is expected across the state. Double your efforts, to lookout for yourselves and each other.”

The fires were sparked by nearly 12,000 lightning strikes in a dry California terrain that hasn’t seen much rain. The “lightning siege” created close to 600 new wildfires, said Jeremy Rahn, a public information officer for Cal Fire, at a briefing Saturday.

The National Guard is providing helicopter support while Air National Guard and the Air Force Reserve is supporting the effort with C-130 aircrafts equipped with water tanks to fight the fire from above.

Two of the fire systems now raging are among the five largest wildfires in California history, Cal Fire reports. More than 100,000 people face evacuation orders as fires have ravaged over 900,000 acres — an area larger than Rhode Island.

“We understand that many people are stressed and anxious,” Sonoma County Sheriff Mark Essick said. “We ask that you please rely on each other. Help each other. Check on your neighbors. Stay calm.”

Most of the deaths throughout the state have come from a set of fires known as the L.N.U. Lightning Complex, covering an area of 314,000 acres around Napa Valley. It’s the second-largest fire in the state’s history. These fires have killed four people and destroyed more than 560 structures, state officials said. As of Saturday afternoon, the blaze was only 15% controlled.

Moving south, approximately 20 different fires merged into three major fires that now comprise the S.C.U. Lightning Complex, which is around Santa Clara and Alameda counties. This series of fires has burned over 291,000 acres, and as of Saturday morning had destroyed 10 structures — though more than 20,000 structures were at risk, according to Cal Fire. It’s the third largest wildfire in the state’s history.

The fires burned actively through the night, and officials expect fire activity to increase later today as smoke clears the area.

“The protection of sensitive wildlife and critical power and communication infrastructure remains a top priority,” Cal Fire said in a statement. The agency said these fires were approximately 10% contained.

Fires also rage in Northern California. The C.Z.U. Lightning Complex fire, concentrated in San Mateo and Santa Cruz counties, has so far consumed over 63,000 acres, Cal Fire reports. As of Saturday morning only 5% of the fire was contained. Smoke from the fires is limiting visibility and hampering aircraft operations, officials said. Approximately 77,000 people in the area have been evacuated.

More lightning is expected over the next few days, which could spark more wildfires.