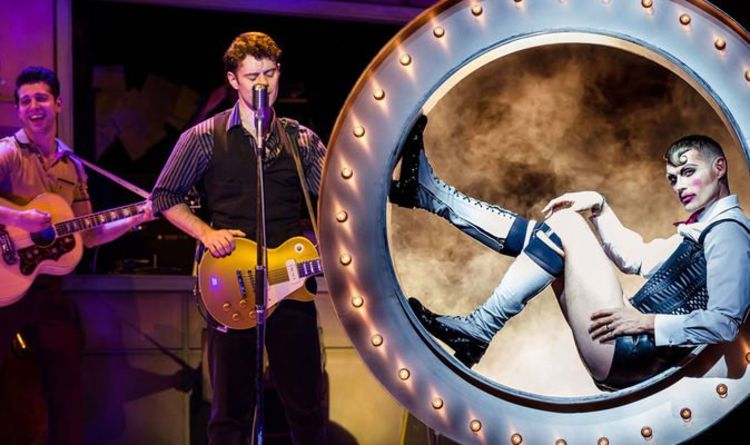 There are shows which have been on the West End for years and years. However there are other new shows which are coming out, which are a little more “off the beaten track.” Here is our selection of some of the top shows in the West End and heading out on tour.

The Doctor enjoyed a sold-out run at the Almeida theatre and is now transferring to the Duke of York’s Theatre from April 20.

Starring Juliet Stevenson, the play has been loosely based on Arthur Schnitzler’s Professor Bernhardi, which follows a doctor struggling with the ethical and philosophical aspects of practising medicine.

In the original, a young girl dies from a terminal illness, and in Bernhardi’s desperation to help her believe she could live, refuses a priest entry to perform last rites, seeing her happy as she believes she is recovering.

The play uses this as a basis but in a modern context, with electrifying performances and incredible reviews.

The Doctor will transfer to Duke of York’s Theatre and will play from April 20 to July 11, and tickets are on sale now

Cabaret is a well known and loved musical, seeing Sally Bowles and Cliff Bradshaw’s relationship grow amidst the backdrop of 1930s Germany.

In this new version, Eastenders star John Partridge will take the Emcee role while Anita Harris will take on the role of Fräulein Schneider, opposite Kara Lily Hayworth as Sally.

The show opened on January 21 in Peterborough and will continue to move throughout the UK until April 25, when it closes in Milton Keynes.

The Mousetrap – UK and Ireland tour

Agatha Christie’s classic The Mousetrap has been on the West End for decades, opening in 1952 and has been running continuously since then.

While it is currently playing at the St Martin’s Theatre in London, the play is also on tour as of the beginning of 2020, opening at the Poole Lighthouse Theatre.

The murder mystery with twists and turns is one of Christie’s most famous works, and has brought in thousands of fans over its time.

The tour of The Mousetrap continues until the end of November, while the West End version is playing at the St Martin’s Theatre.

Find out more about tickets here

The Million Dollar Quartet is one of the most iconic moments in music history.

This musical is inspired by the incredible meeting, and includes some of their music such as Blue Suede Shows, Hound Dog, Whole Lotta Shakin’ Goin’ On and Folsom Prison Blues.

The show is heading out on tour from March in Southampton and closes in Wolverhampton in July.

To Kill a Mockingbird

To Kill a Mockingbird is an iconic book from Harper Lee and now it is coming to the stage in a new version.

The show has been adapted by West Wing writer Aaron Sorkin, and will star Rhys Ifans as Atticus Finch, following on from Jeff Daniels who originated this adaptation of the role on Broadway.

The play tells the story of young Scout and her father Atticus Finch, a lawyer who defends a local black man accused of rape, exploring the racial tension and justice in the small Southern town.

Emilia Clarke is making a definite turn away from her Game of Thrones roots with her new play, The Seagull.

The play from Anton Chekhov dramatises the romantic and artistic conflicts between four characters, including a fading actress, a young woman, a middlebrow story writer and a symbolist playwright.

The play itself has seen countless adaptations, though this is Clarke’s West End debut and will see her take on the role of the young woman, Nina, directed by Jamie Lloyd.

The Seagull opens on March 11 until May 30 at the Playhouse Theatre, with tickets available now

ByRelated TopicsCoronavirus pandemicmedia captionMark Drakeford said without acting now the NHS would not be able to look after the increasing number of seriously ill...
Read more