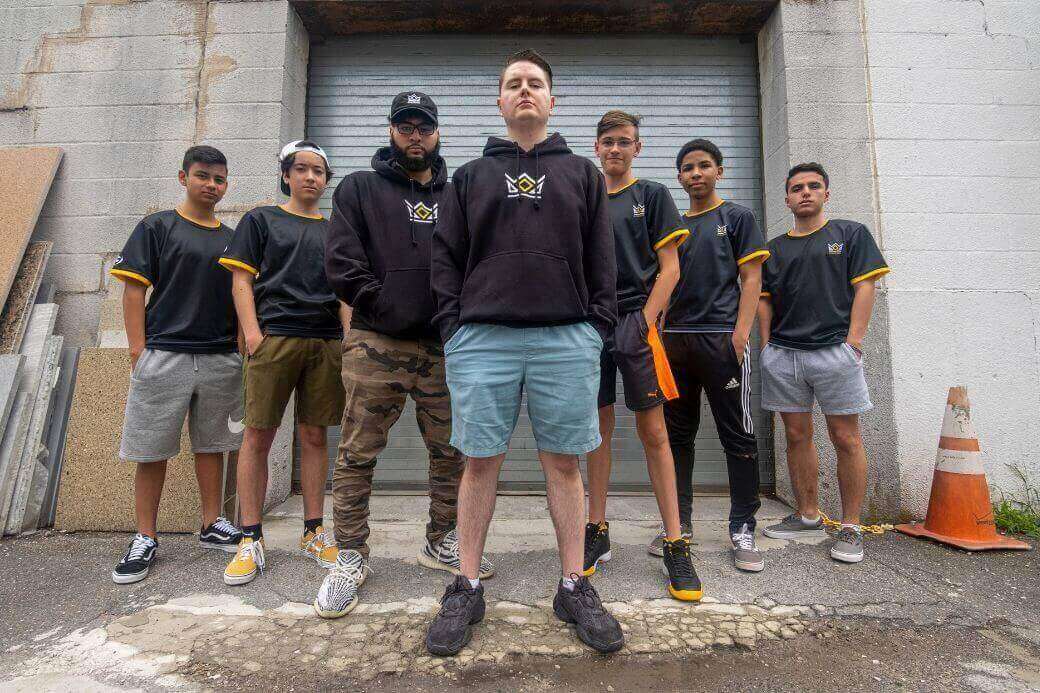 One of Fortnite’s biggest creators, Mykal “The Fortnite Guy,” defends his organization amid controversy

Many of you already know The Fortnite Guy (TFG); he boasts over 500,000 subscribers on YouTube and has an audience reach in the millions. TFG posts Fortnite news and drama stories while simultaneously owning a rapidly growing organization (Kungarna)

Recently, Kungarna was under fire from prominent members of the community after it was revealed that player contracts were worth well below the average. According to ex-Kungarna members, a typical contract for new recruits is $ 100/month alongside a graphic designer and editor

It’s no surprise that the contracts aren’t lucrative – but it gets worse before getting any better. In return for the above compensation, players dedicate 30% of their ad revenue to the organization throughout the duration of their contracts. Contracts typically last 6 months under the same format

You have 50-2000 followers, would you sign a 6 month KNG contract for $ 100 a month, a full time editor, & a full time designer uploading 3-5 vids weekly for you? If your channel grows and gets monetized in those 6 months you share 30% of the money you make on it Is this terrible?

Top pros who are already in Tier 1 organizations (such as Team Liquid, Faze Clan, and NRG) would never be offered that kind of deal. It would be one step shy of a spit in the face. These same pros (who have loads of influence on social media) ended up contributing to the bashing of Kungarna for “unfair player contracts”

Wolfiez called the contract an outright scam. This sentiment is widely held among a solid chunk of the competitive community… and that is frightening in my opinion. Because now we have to really dissect the business of an organization and where value truly comes from

TFG is a prominent advocate for showcasing “‘diamonds in the rough” – people who aren’t yet well known but still goatified. These players will gain a substantial amount of tangible benefits aside from raw cash

Take social media growth for example. Players like EpikWhale and Jay who previously played for Kungarna under similar terms were able to grow their medias at an accelerated rate, to the tens and hundreds of thousands of followers. It set the path to joining a Tier 1 org much easier. Epikwhale now plays for NRG while Jay was recently signed to Counter-Logic Gaming’s roster

Editors and graphic designers are nothing to scoff at either. Fair compensation for skilled labor can exceed $ 20/hr which must be accounted for the total benefits package. Having a professional team run your pages will also contribute to long term growth even when you decide to leave the org

Now I still understand that $ 100/month still feels a bit shy. Ex-Fnatic player Motor sums up my thoughts quite nicely

You know the funny thing about this tweet?
If you said you were giving someone with 0-2000 followers a full time editor + designer for 30% of his ad revenue than no one would have said anything.
Adding the +100 dollars makes you look like a piece of shit while it’s just a bonus

The $ 100/month feels a bit tacky. If you’re going to compensate your players monetarily, it should be something sizable. On the other hand, it makes sense to offer some money rather than none to ensure that your players can make upgrades to their setups as necessary. All in all, I don’t have too much strife with putting money in player’s pockets

In conclusion, I think it’s quite detrimental to call out a team when they’re kickstarting careers and acting in good faith. This behavior will push the good actors out only to be replaced with bad actors. Show TFG some slack