‘There will be death’: Trump warns of ‘toughest week’ ahead 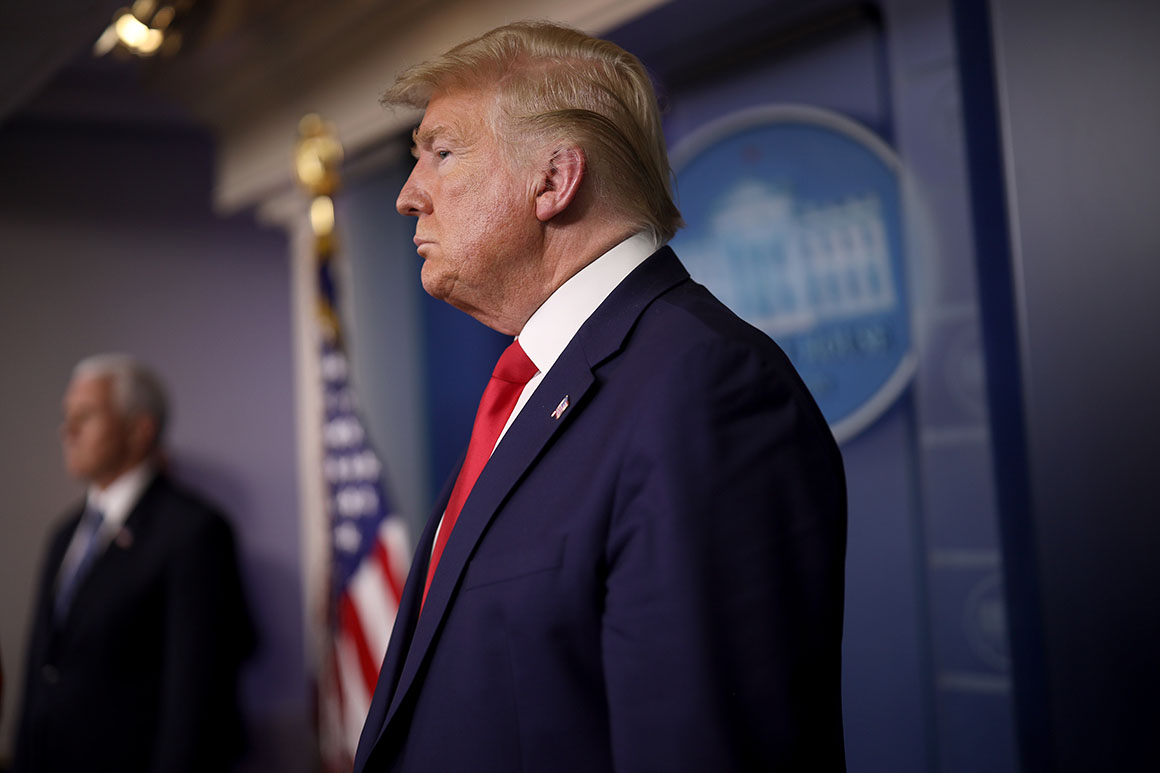 President Donald Trump on Saturday warned that America’s "toughest week" is coming up, predicting "there will be death" as the number of Covid-19 cases surges in the days ahead.

The president said he was committed to supplying hotspots around the country with the medical supplies they need to combat the outbreak, noting that the federal government has agreed to handle infected patients at field hospitals in Dallas, New Orleans and New York.

"We will move heaven and earth to safeguard our great American citizens," Trump said. And he announced that New York would be getting "about a thousand military people — nurses, doctors, lots of other people because that’s what they need."

But the president also signaled his growing impatience with the stringent social distancing measures states had put in place around the country, which have sent the economy spiraling rapidly downward.

The president’s comments came after New York Gov. Andrew Cuomo praised the Chinese government and Oregon officials for shipping more than 1,000 ventilators to New York in response to the area’s ballooning number of coronavirus patients.

In a news conference on Saturday, Cuomo said 1,000 ventilators from China were expected to arrive at John F. Kennedy International Airport on Saturday; Oregon is loaning New York an additional 140 ventilators, he said.

The fresh supplies could delay an urgent equipment shortage that Cuomo warned on Thursday could arrive within a week, as New York officials brace for the epidemic to crest in their state.

Nationwide, the number of cumulative confirmed cases has surged past 300,000, along with more than 8,000 deaths from complications related to the virus. While several states are seeing worsening local outbreaks, New York has suffered the most confirmed cases and deaths in the U.S. thus far: More than 600 people have died since Friday, bringing the state’s tally to 3,565 deaths. More than 113,000 have tested positive for the virus.

A group of patients who tested positive for Covid-19 were meanwhile isolated and treated aboard the USNS Comfort hospital ship docked in Manhattan, a Navy spokesman confirmed Saturday, as part of a shift from the military vessel’s planned role in the city’s battle against the novel coronavirus.

Officials initially said the ship would not treat coronavirus patients when it arrived in New York, but would instead take on other patients to free up beds at local hospitals focused on combating the pandemic.

But a handful of patients who transferred to the Comfort for treatment on Friday tested positive for Covid-19, Navy Lt. Cmdr. Ashley Hockycko told POLITICO. The patients were isolated and cared for during their time aboard the Comfort, and were being transferred to a FEMA overflow hospital at the city’s Javits Center.

“Our medical experts on board are well prepared for cases like this, and have taken the appropriate precautionary measures,” Hockycko said in a statement. “The Comfort is capable of continuing its mission.”

The Comfort is staffed by 1,200 medical personnel and equipped with operating rooms, a medical laboratory, a pharmacy, digital radiology, a CAT scan, two oxygen-producing plants and a helicopter deck.

Patients initially required a negative test for the disease before arriving to the Comfort for treatment, Hockycko said. Now, the ship is accepting asymptomatic patients who will be isolated and tested immediately after their arrival.

If the patients test positive for Covid-19, the Navy spokeswoman said, authorities will transfer the patients to the Javits Center “as soon as practical.”

Cuomo’s administration has estimated that 37,000 ventilators will be needed when the outbreak’s “apex” arrives in New York, a prospect he said could arrive within days and threatens to overwhelm the state’s hospital system. New York officials are particularly concerned about the growth of new cases in Long Island.

An earlier order from China for 17,000 ventilators ultimately only yielded about 2,500 machines, the governor said. The federal government has sent about 4,000 ventilators.

Cuomo noted that the total federal stockpile of ventilators was only about 10,000, and confirmed Trump’s comments during a Friday briefing that the federal government had sent additional ventilators to New York that day — though he did not supply the exact number.

In neighboring New Jersey, Gov. Phil Murphy announced that another 200 of the state’s residents have died from Covid-19-related complications since Friday, bringing the total statewide to 846. As with New York, more New Jersey residents have been killed from complications related to the virus than lost their lives in the terrorist attacks on 9/11, Murphy noted.

Trump has been sparring with Democratic governors over their demands for more federal help, and on Friday the president said he doubted New York truly needed more ventilators, which are critical for treating the severe respiratory symptoms caused by the virus.

"We happen to think that he is well served with ventilators," Trump said. "We will find out. But we have other states to take care of."